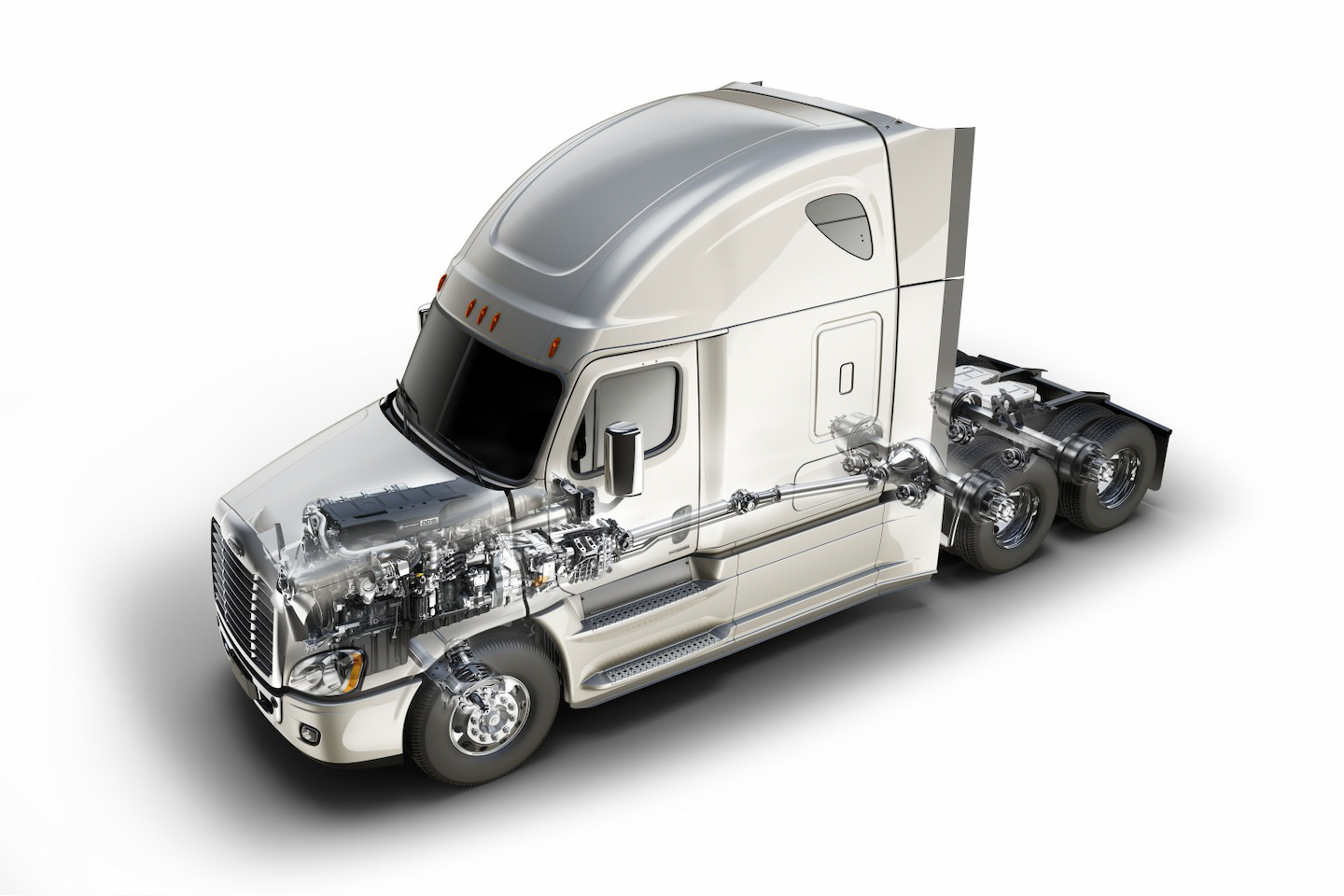 Detroit says the integrated powertrain delivers lower cost of ownership to its customers.

The package will be available January 2015 for the Freightliner Cascadia Evolution and later next year for the new Western Star 5700.

The IDP features the company’s DD15 engine, but offers a new down-sped rating of 400hp and 1,750 lb/ft of torque. The down-sped rating, Detroit says, enables the engine to turn at lower RPMs regardless of road speed, ultimately reducing fuel consumption and friction while delivering the necessary torque at lower RPMs.

“Downspeeding improves fuel economy by shifting usable power and torque to a lower RPM range,” Brad Williamson, manager, engine and component marketing for Daimler Trucks North America (DTNA). “You’re going to get usable torque and power at about 970 RPM. It’s not taking away the power (drivers) are used to having, it’s just shifting it to a different spot in the calibration.” 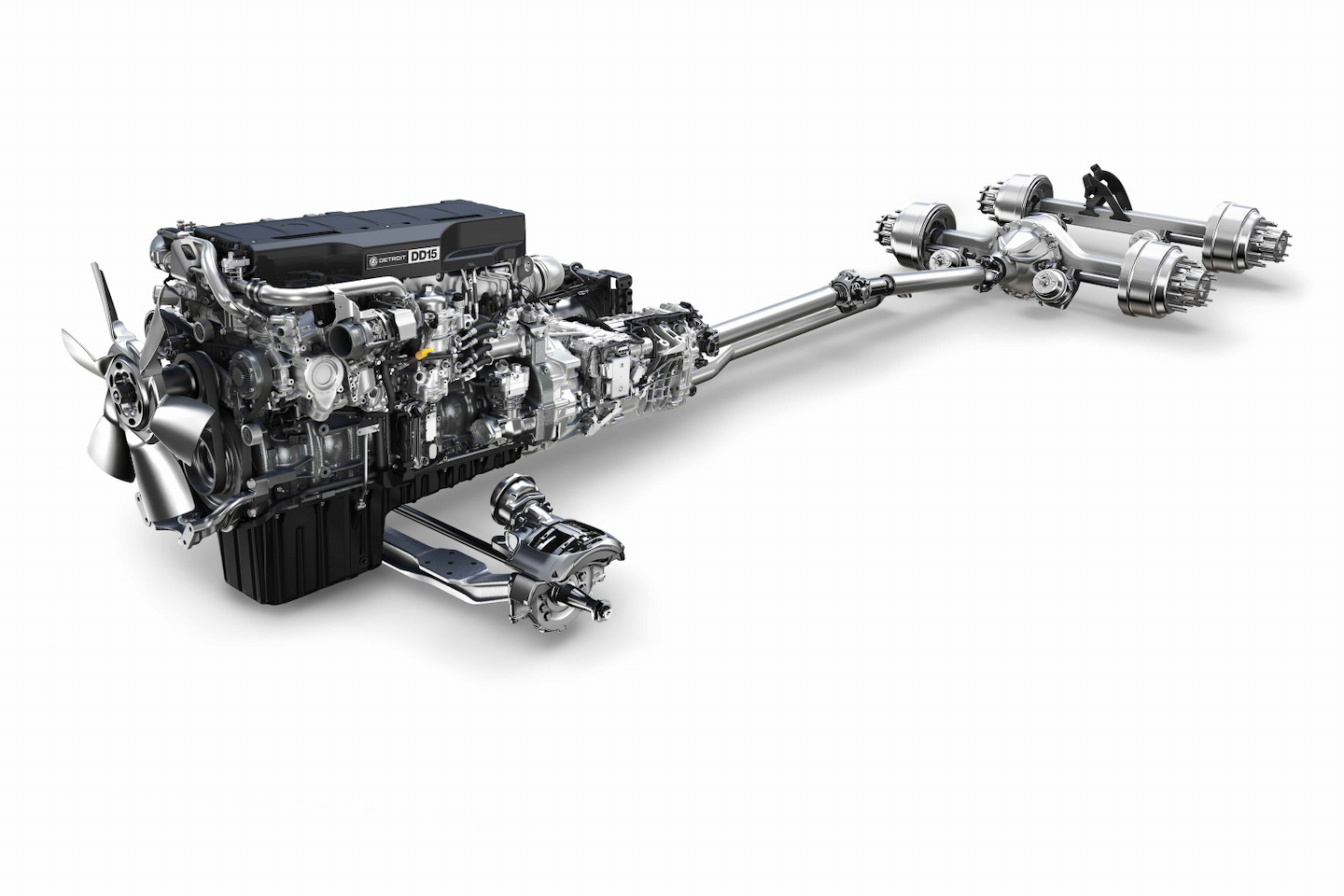 Detroit’s Virtual Technician On Board Diagnostic System is also integral to the Powertrain. The DD15 features the 1-Box emissions package that combines DOC, DPF, SCR catalyst and DEF doser, creating an optimal solution for a variety of truck configurations. The DD15 also meets OBD13 and GHG14 standards.

Features such as eCoast, a technology specific to the DT12 that allows the engine to operate at idle of 500 RPM when road and driver inputs don’t require engine power to move the truck down the road, and creep mode, which improves low- speed maneuverability, perform with the Powertrain to benefit performance.

“Whether approaching a grade, cresting a hill or traveling along rolling hills, Intelligent Powertrain Management makes sure the truck is carrying the most efficient momentum into the road ahead,” Williamson says. “The DT12 transmission is the critical link between the engine and the axles, and with the addition of the IPM, we are providing a seamless solution that has a direct impact on fuel savings.” 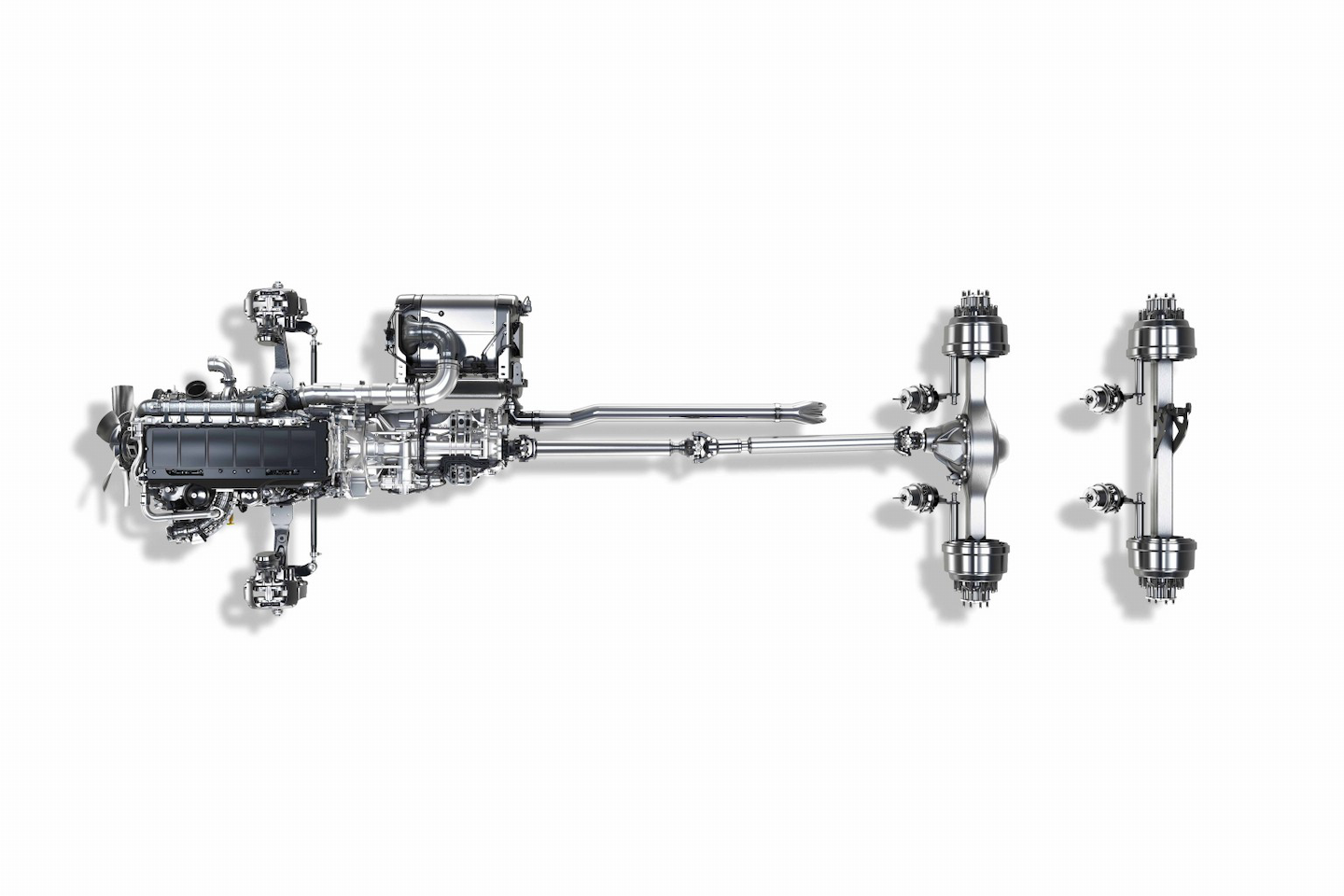 With the new offering, Detroit now has a 6×2 configuration with a 2.28 ratio specifically designed to work with the downsped engine rating, making it the fastest ratio available in Freightliner and Western Star trucks. The 6×2 Detroit axle configuration incorporates a non-driven tag axle on the tandem, reducing total weight by almost 400 lbs., while a new 2.41 ratio in its 6×4 axle configuration is also available for applications requiring more traction, the company says.

David Hames, general manager of marketing and strategy for DTNA, says the launch of the IDP was the next step in the company’s quest for better fuel economy.

“We have an internal target of achieving 5 percent fuel economy (savings) every two years,” he says. “IDP is another 5 to 7 percent, depending on baseline, over Cascadia Evolution.”

“We’re in good shape (with regard to GHG 2017), just with Evolution, so this only helps our position,” Hames adds. “Our strategy with GHG is to stay in a position where we have pull-through technology as opposed to having to force technologies on customers that they don’t want in their operations.”

A new Demand Detroit app will be available in early June for Android and iOS devices, which Williams says will be the first time Detroit has ever had a consumer-facing app.