Trucks carried 60.1 percent of the $101.5 billion in trade between the U.S. and North American Free Trade Agreement partners Canada and Mexico in March, according to the Department of Transportation’s Bureau of Transportation Statistics. 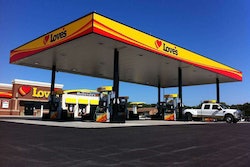