Winter hauling in a straight truck had paid off for driver John Doe – as evidenced, in part, by his acquisition of two polychromatic battery-operated “Smurdley Super Strike” bass lures that emitted enticing noises, thrashed around a whole bunch and had enough LEDs to generate a light show. Alas, Doe’s profitable ways were about to take a beating … along with an illegally parked Chevy van owned by “Tasty Hot Lunch Inc.”

The collision would occur at high noon under a cloudless sky as Doe had pulled away from the freight dock of the local food distribution center and was proceeding cautiously down a narrow one-way exit road when he saw that his path was obstructed partially. The obstacle in question was a steaming lunchwagon-type van that’d dropped anchor in a “No Parking” zone to sell fresh sandwiches and beverages to hungry freight handlers.

Eyeballing the situation, Doe determined that clearance was adequate to squeak past the van, so he started to pass the other vehicle at a snail’s pace. Just as Doe was about to clear the scene, the van’s driver, Jimmy Dorfman, swung open both rear doors, and the van’s left door was touching the side of Doe’s truck! Armed with the lightning reflexes of a professional truck driver, Doe detected the sudden door-opening maneuver in his shotgun-side West Coast and instantly hit the brakes, but … WHUMP! Oh no!

The right rear corner of Doe’s truck had snagged one of the van’s doors, crinkling it and causing the vendor’s supplies to cascade onto the ground! Since Doe contested the preventable-accident warning letter from his safety director, the National Safety Council’s Accident Review Committee was asked for input. To Doe’s relief, NSC declared it nonpreventable, since he couldn’t have anticipated that Dorfman suddenly would swing the van doors open. 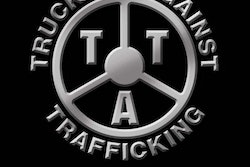