The American Trucking Associations’ class-action suit against the New York Thruway Authority and its practice of shifting toll Thruway toll revenue to upkeep the state’s canal system has been thrown out, as a federal judge in the state’s Southern District ruled Aug. 6 to dismiss the case.

The judge dismissed the case on procedural grounds, saying that the state of New York is an indispensable party to the suit and must be part of the case. But the 11th Amendment of the Constitution prevents parties from suing states in federal court, Judge Colleen McMahon said in her ruling.

New York’s constitution also requires upkeep of the canal system, McMahon said in her ruling, and the state delegated those requirements to the NYTA in 1992.

Rich Pianka, chief legal counsel for ATA, said the association is considering its next steps regarding its claims against the NYTA.

“This is a narrow procedural decision that did not address the merits of our claim that the Thruway tolling practice violates the Commerce Clause [of the U.S. Constitution],” Pianka said.

ATA brought the suit in November 2013, claiming that in the last two decades the NYTA has used more than $1 billion in toll revenue to fund the canal system. ATA argued that the toll rates paid by truckers are “excessive in relation to the benefits” it receives, and the Association was seeking restitution for four trucking companies in the state, affected ATA members and others similarly situated, as well as a tax rate more in line with the approximated use of the Thruway. 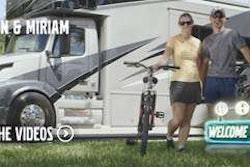 Volvo brings “Welcome to my Cab” series to North America 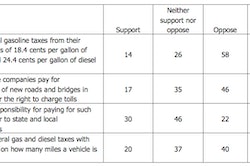