The Bridgestone Group announced it will donate one million dollars (USD) to critical efforts underway in Liberia and the region to combat the Ebola outbreak. Specifically, $500,000 will be paid to Samaritan’s Purse by Bridgestone Americas, Inc. for work in Liberia, while Bridgestone Corporation will donate $500,000 (JPY 54 million) to support UNICEF’s efforts in Liberia and Nigeria.  This $1,000,000 donation follows months of work by Firestone Liberia to manage an effective Ebola emergency response program on its subsidiary rubber farm and nearby communities in country.  The funds are aimed at strengthening efforts to stop the spread of Ebola through public awareness; helping facilitate delivery of in-home care supplies for the sick; enhancing medical treatment; and providing support for children left orphaned due to the epidemic.

Firestone Liberia, a Bridgestone Americas subsidiary, has been directly affected by the Ebola outbreak.  Since the outbreak hit Liberia, there have been approximately 71 Firestone Liberia employees, family members, retirees and people from surrounding communities who have contracted the virus.  The Firestone Medical Center located on Firestone Liberia’s rubber farm has been treating patients in its Ebola Treatment Unit, which has helped 17 people survive the deadly disease.

“Our Firestone Liberia teammates and community have selflessly met the demands of this deadly outbreak and we support them and the great work Samaritan’s Purse and UNICEF are doing in the region to help protect the citizens of Liberia and West Africa,” said Gary Garfield, CEO and President, Bridgestone Americas, Inc.  “We implore others to step up in taking on this fight against Ebola.”

“We know that it will take everyone – every citizen, government official, health worker and company in the region – to provide the education, resources and supplies needed to stop the spread of this disease,” said Yutaka Yamaguchi, Bridgestone Group’s Vice President and Senior Officer, Responsible for CSR and Quality Management, CSR and Quality Management Planning.  “More support is needed and we hope others will join Bridgestone in supporting organizations that are on the front lines of this global health crisis.”

Samaritan’s Purse has been working since April to combat the disease through a prevention education program.  Its more than 350 staff members in Liberia provide education and direct patient care.  The money donated by Bridgestone Americas will be used for the organization’s home-based care program which provides Personal Protective Equipment (PPE) kits to people caring for sick family members.

“We thank Bridgestone Americas for its support in the fight against Ebola,” said Franklin Graham, president and CEO of Samaritan’s Purse.  “Firestone Liberia is working tirelessly to

protect and treat the approximately 80,000 people living within its community, and with their support, we’re able to broaden those efforts in the larger Liberian community.”

UNICEF’s work across the region to contain and control the spread of the disease includes mass education for communities on essential prevention methods, promoting health and hygiene activities, providing medical and other supplies, supporting the government of Nigeria’s Ebola Emergency Operations and Care Center and the Liberian national taskforce.  UNICEF works with these governments and partner organizations to develop services for families and establish a system to care for the children orphaned by Ebola.  The money donated by Bridgestone Corporation will be used to support UNICEF’s mass public awareness efforts and work to support orphaned children.

“The current Ebola outbreak is unprecedented and requires an urgent global response. UNICEF is racing against time to control the spread of the disease among children and families,” said U.S. Fund for UNICEF President and CEO, Caryl Stern.  “We greatly appreciate the donation from Bridgestone Group, which will help UNICEF expand its critical work in West Africa.”

In addition to the Firestone Medical Center’s Ebola Treatment Unit, Firestone Liberia’s emergency response to Ebola includes active case management, investigations, contact tracing, as well as intervention measures and strategies to help protect and care for thousands of people who live in the Firestone community.  Part of the intervention strategy is a mass education program which reaches its more than 8,000 employees and approximately 72,000 additional people residing within Firestone’s property, as well as many more in the surrounding communities.  The company also is working with local government and health officials to help curb the spread of the disease throughout the country.  Firestone Liberia is working closely with the Liberian Ministry of Health and Social Welfare, the Centers for Disease Control and Prevention and the WHO, among other organizations. 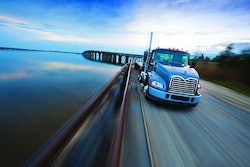 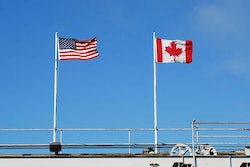 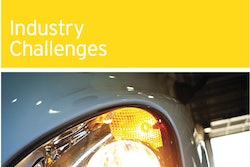