Per-mile rates on the spot market fell in September in both dry van and flatbed segments, but reefer saw a small uptick, according to data released Oct. 1 by Internet Truckstop.

June’s rates set records in all three segments before the the small drops in July, August and September. The late summer, early-fall decline was in line with seasonal trends.

Rates in all three segments, however, remain well above the same month last year.

Flatbed rates in September fell 3 cents from August, putting the segment at $2.32 a mile — 24 cents higher than September 2013.

Reefer rates rose 2 cents in the month to $2.42, 11 cents higher than September of last year.

Dry van rates saw the biggest drop — 6 cents, down to $2.06 a mile — but the segment’s rates remained 14 cents higher than the same month last year.

Rates fall in August, but still brimming from big spring and summer 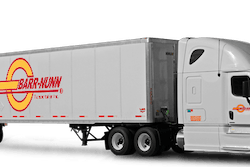 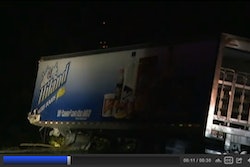