Congestion in the crosshairs

I was very pleased this morning to see that the American Trucking Association, at its fall conference in San Diego this week, is addressing traffic congestion.

Trucking has many problems that have to be addressed today: Rising equipment costs, driver shortages, regulatory issues and a technician shortage. And I think any objective overview of industry issues needs to add traffic congestion to that already intimidating mix.

The numbers cited in during the ATA panel are nothing short of staggering: $9.2 billion in lost productivity in 2013, which works out to 141 million lost hours of productivity. To put it another way, imagine you pulled 51,000 truck drivers out of service and idled them for one whole year. That’s how big the problem is.

However, it appears – like most problems the trucking industry faces – traffic congestion will likely get worse before it gets better.

And I would argue that beyond the hard numbers, this is an issue our industry would do well to be proactive on. Moreover, trucking needs to communicate to the Four-wheeling public at large that it is aware of the problem and working hard to create solutions.

The ATA panel focused on the economic impact congestion has on our industry, but failed to address another, more intangible problem: Trucking unfairly shoulders the blame for traffic congestion in the eyes of the motoring public today.

There are many, many factors that work together to create our congestion problems today. Poor planning and an utter lack of investment in our infrastructure are the chief culprits. Most road networks in the United States today were designed in the 1950s and 1960s and have been modified or expanded only in piecemeal sections since.  But, when traffic is snarled and people are late and on the simmering edge of a road rage freakout, a poor old truck, chugging along trying to get up to speed is the most visible sign of their woes. The road is completely overloaded for the volume of cars on it. The traffic signals are only making things worse. Another lane is closed because a crew is working on it. And the lanes that are open haven’t seen any significant maintenance since Bill Clinton was in office. But, somehow, it’s all the truck’s fault.

If there is any industry in this country that should be at the forefront of demanding good road maintenance and investments in modern traffic technology to mitigate congestion it is trucking.

I believe that Smart Road networks combined with proactive vehicle telematics and navigation systems can vastly reduce congestion in the future. But these technologies are at least a decade away from becoming commonplace and require investment and planning now to perform at their full potential. It’s good to see that ATA has identified this as a worthy cause and will be working with the Federal government on solutions. It’s up to the industry as a whole to support these efforts and communicate any successes to customers and the general public alike. 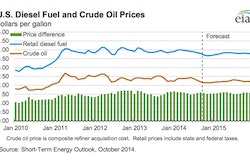 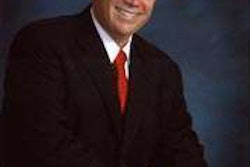 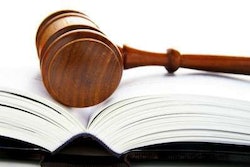