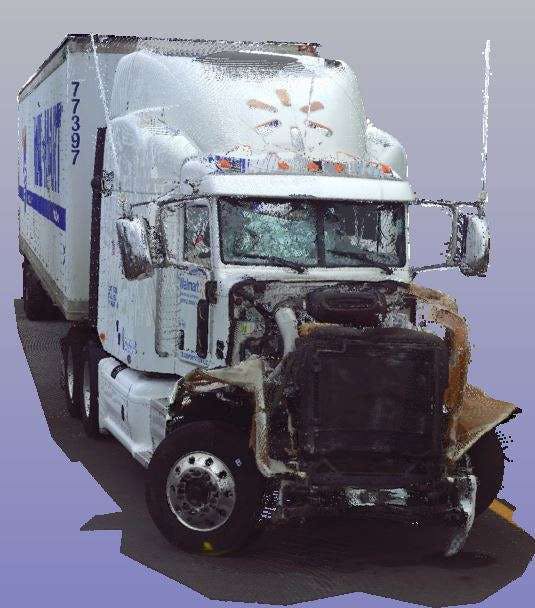 This rendering of Walmart’s truck following the crash was produced by NTSB during its investigation.

For the second time in two months, the court overseeing a high-profile lawsuit against Walmart Transportation has denied a request made by the truck driver at the center of the case to delay the civil proceedings.

Federal Magistrate Judge Lois Goodman issued the order Feb. 3, saying Walmart driver Kevin Roper did not “establish that he should be allowed to intervene,” adding that the court did not see it appropriate for Roper to intervene in the civil case.

Roper had asked the court to delay the civil proceedings pending his criminal proceedings. It his second attempt to do so, with this one coming as a filing of opposition to the order issued in December denying his previous attempt.

The lawsuit against Walmart was brought in July by actor Tracy Morgan and three other survivors of a June 7 crash on the New Jersey Turnpike, in which a Walmart Transportation truck driven by Roper rear ended a Mercedes van carrying Morgan and several others.

Comedian James McNair was killed in the crash. Morgan and others were critically injured.

The National Transportation Safety Board concluded in its investigation of the crash that Roper was driving about 20 mph over the posted 45 mph speed limit. NTSB also reported that Roper had immediately before starting work commuted in his personal vehicle more than 700 miles from Georgia to the Walmart terminal in Delaware where his work day began.

Morgan and the other plaintiffs claim in their lawsuit that Walmart was negligent in allowing Roper to operate the truck. They argue the retail giant and private carrier should have been aware of Roper’s odd commute.

The lawsuit also alleges Roper fell asleep at the wheel, leading to the crash.

Wal-Mart in September issued an official legal defense saying it should be absolved of liability in the case, as Morgan and others were not wearing their seatbelts at the time of the crash.

In her order this week, Goodman said Roper may “communicate his concerns to the court,” if additional discovery arises, according to court documents. 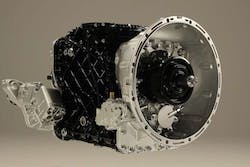 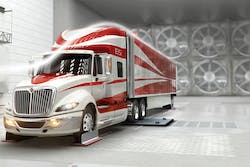