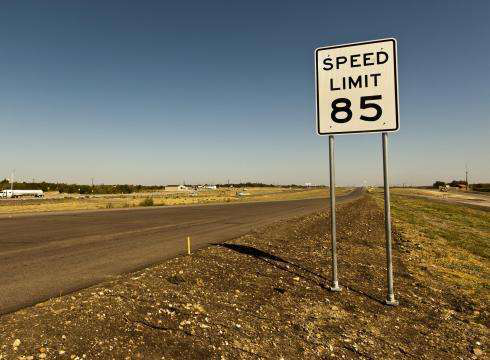 With a proposed rule to mandate the use of speed limiters on heavy trucks looming in the coming months, two of the trucking industry’s biggest lobbying groups reiterated last week their stances on the rulemaking.

The American Trucking Associations and the Owner-Operator Independent Drivers Association, both of which separately sent letters to the Department of Transportation about the issue last week, stand on opposite sides of speed limiters.

ATA favors a rule to require speed limiters on all trucks weighing more than 26,000 pounds, citing safety as its primary reason. It hopes to see trucks governed to 65 mph or less.

OOIDA, however, says speed limiters will hurt highway safety, rather than help.

Here is what each organization said last week in their letters to the DOT:

ATA’s letter, signed by ATA head Bill Graves, noted that the DOT’s work to require speed limiters stemmed from a petition from ATA in 2006.

“We waited patiently until the government finally said in January 2011 they would move ahead with a speed limiter mandate, but this common sense regulation has been mired in bureaucracy for over four years now,” Graves writes. “It is long past time for NHTSA and FMCSA to move ahead with this rule.”

The regulation, ATA says, is common sense, as is lowering speed limits nationally, it says.

“In addition to slowing truck speeds, ATA believes in slowing down all traffic,” Graves said. “That’s why we back a national speed limit for all vehicles of 65 miles per hour and are disturbed by the recent trend of states raising their speed limits to 70, 75, 80 or in some areas even 85 miles per hour. These limits are reckless and are needlessly endangering millions of motorists.”

Speed differentials between cars and trucks, under a speed limiter mandate, would pose a greater risk to safety than trucks traveling at normal highway speeds.

“A speed limiter mandate will result in cars and trucks operating at different speeds on the highways,” OOIDA said in its letter. “When cars and trucks operate at different speeds on the highway, there is a significant negative impact on safety. Traffic is more dynamic and less predictable. Accidents increase. Your agencies must ensure you do not produce a mandate that will arbitrarily add dangerous car-truck speed differentials to our nation’s highways.”

OOIDA said many states have eliminated car-truck speed limit differentials over the last 15 years because it’s safer for cars and trucks to travel at a more uniform speed.

“A major reason our Interstate system is the safest part of our highway system – despite the fact that it generally permits the fastest speeds of any roads – is that vehicles of all types generally move at a relatively uniform speed,” the organization said in its letter. “Interactions between those vehicles, such as overtaking and passing, are minimized, and the opportunities for crashes to occur are reduced.

A proposed rule is expected to be published in the Federal Register on July 27.