As safety systems become more prevalent, so too do pressures on fleets to actively manage them. Learning to manage systems, as well as convince drivers to buy into new safety systems can be challenging — but the rewards are incalculable.

That was the sentiment from participants in the “Adopting Advanced Safety Technology” panel at CCJ’s Spring Symposium 2015 at the Ross Bridge Golf Resort outside of Birmingham, Ala., on May 19.

Dellinger noted that Cargo Transporters has a long culture of safety. “We actually used to say we had a ‘family,’ culture at our fleet,” he said. “And over time that we realized that ‘safety’ and ‘family’ go hand-in-hand as a corporate culture. And really, ‘safety’ is the paramount issue. Because safe drivers go home to their families in the evenings.”

“We did lose some drivers over them. But my sense there is that if a driver leaves you over in-cab cameras, chances are they’ve got a problem they don’t want you to know about. It could be drugs or alcohol. Or something like taking a dog or a girlfriend along on their route. But if you have a professional driver, they’ll work through it.”
— Dennis Dellinger

Still, Dellinger says the adoption of new technologies can be upsetting at fleets, with drivers often offering resistance. “We’ve learned over the years that not all drivers are coachable,” he notes. “We’ve had to discipline drivers for not wearing seat belts, for example. And that’s the most basic safety system in a vehicle.”

Of all the safety systems available today, the use of in-cab cameras draws particular angst and ire from drivers today. But Mercadante says the value of these cameras has been huge for Pitt Ohio. “We saved enough money with the video from the first crash the system was involved with to install cameras on every truck in our fleet,” he said.”It has saved us millions of dollars.”

It can be hard to quantify accidents that never occur, Wright says. “But, We’ve had our best ever first quarter this year with accidents and associated costs. All told, the amount of severe events have done down significantly. And the safety technology has definitely improved driver attention on the road and helped encourage good behavior behind the wheel. Moreover, safety technology has helped with driver turnover: We’re just not firing people for having accidents anymore.”

Dellinger’s fleet also got “a lot” of driver pushback when it announced it would be installing in-cab cameras. To minimize that, Cargo Transporter managers decided to run the program out of the fleet safety department while emphasizing full support for the program from upper management. “We brought in experts on in-cab cameras to explain how they work and to dispel many of the misconceptions and worries that were out there regarding them,” he says. “We did lose some drivers over them. But my sense there is that if a driver leaves you over in-cab cameras, chances are they’ve got a problem they don’t want you to know about. It could be drugs or alcohol. Or something like taking a dog or a girlfriend along on their route. But if you have a professional driver, they’ll work through it.” 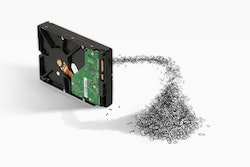 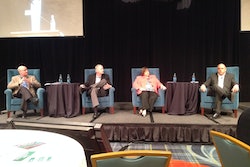 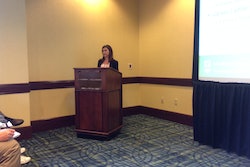