No qualms from Big 2 trucking groups with Darling nomination 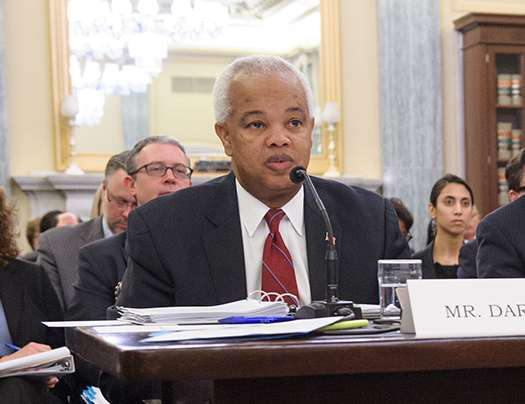 Both the American Trucking Associations and the Owner-Operator Independent Drivers Association have expressed their support for the nomination of Scott Darling to head the Federal Motor Carrier Safety Administration as official administrator, a role he’s performed on an acting basis for nearly a year.

President Barack Obama on Wednesday nominated Darling to head the DOT’s trucking and bus regulator, leaving a Senate vote the only thing standing in the way of Darling becoming the agency’s next administrator.

“We look forward to continuing to work with Administrator Scott Darling,” said Jim Johnston, President and CEO of OOIDA. “We have found him to be open and receptive to input from the Association, and he appears to appreciate the role of professional truckers.”

OOIDA cited entry-level driver training as an area where it and Darling have already “made significant progress.” OOIDA says it hopes Darling will take up issues such as detention time and driver pay reform while head of FMCSA.

ATA, meanwhile, released this short statement from its President and CEO Bill Graves:

“We congratulate Scott on his nomination to this critical position and we look forward to continuing to work with him to improve truck and highway safety.”