According to a recent survey commissioned by the American Trucking Associations, 60 percent of survey respondents said they have a favorable view of the trucking industry.

The survey found that, of the 800 voters polled, 69 percent oppose the lowering of highway speed limits for both cars and trucks to improve safety and reduce emissions, and 63 percent of those surveyed opposed speed limiters on passenger cars. However, 56 percent were in favor of speed limiters on trucks.

When it comes to transportation infrastructure, the survey found that 60 percent of those polled said the federal government should be spending more money on roads, second only to K-12 schools (64 percent). The funding for the roads, highways and bridges, though, should come from state governments, according to 53 percent of survey respondents.

According to the survey data, the first three positive things that come to mind when thinking of the trucking industry were “dependable and efficient for the transportation of goods,” “provides thousands of jobs,” and “hard-working drivers.” 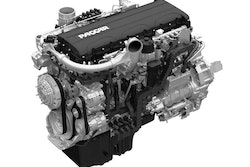