A group of 12 senators and 28 representatives reached an agreement Dec. 1 on a five-year highway bill, the Fixing America’s Surface Transportation (FAST) Act.

The five-year bill is a fully-funded resolution between the two chambers’ separate funding and regulatory packages.

Now that the conferees have produced a unified bill, it will be sent back to each chamber for passage before being sent to the White House for President Obama’s signature. Congress only has until Dec. 4 before current highway funding expires.

The FAST Act contains language that will remove certain CSA scores from public view, including those in which it is determined that the motor carrier or the commercial vehicle driver is not at fault. Safety Measurement System alerts and relative percentiles for each BASIC will be removed from public view.

Inspection and violation information submitted to the Federal Motor Carrier Safety Administration by inspectors and law enforcement officials, as well as out-of-service rates, will still be visible to the public.

The “interim hiring standard” provision in the House version to clarify carrier selection standards for brokers and shippers was stripped from the final bill. The provision attempted to combat a rash of negligent selection lawsuits against brokers based on CSA percentile rankings and failure to use them in selection criteria. In the run-up to the provision’s removal, critics warned of a potential chilling effect on small carriers should it go into effect.

Also included in the bill is a provision to allow carriers to drug test drivers using hair testing as an alternative to urine testing. A pilot program will also be established under the bill in which the DOT will study accident data in which drivers in the study group and drivers between the ages of 18 and 21 are involved.

Other trucking reforms include measures to require FMCSA to begin collecting detention data and further study motor carrier liability insurance minimums before producing a rule to raise them. 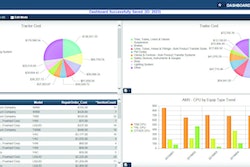