The mDrive HD is an automated-manual transmission designed for vocational and off-highway markets. The company markets it as a rugged, reinforced version of its on-highway mDrive transmission. The new 13- and 14-speed options for the mDrive HD will be available for order in August on Mack Pinnacle, Granite and Titan models.

The 13-speed offering will be available in direct or overdrive configurations, and the 14-speed will be available only in an overdrive configuration. The 13-speed transmission offers easier starting on steep grades or when the truck is under a heavy load, Mack says. The 14-speed option is designed for curb pouring applications or low-speed heavy-hauling, Mack says, where the ultra-low-speed reduction gear is needed. Both transmissions offer up to four reverse gear ratios.

Mack also announced at the show an updated version of its exhaust aftertreatment system. The ClearTech One, which Mack says is a smaller, lighter and more efficient version of the original ClearTech system, will also be available for order in August for Mack Pinnacle and Granite models. 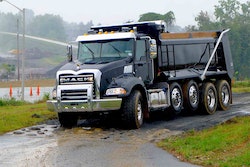 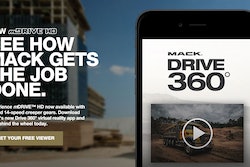 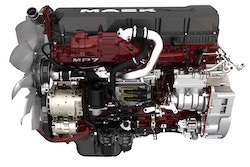