The Truckload Carriers Association has named FTC Transportation and Bison Transport its 2016 Best Fleets to Drive For.

This is the fourth time FTC has landed a spot in the Best Fleets Top 20 and the first time it’s been named an overall winner. It was the smallest fleet to get into the Best Fleets Top 20. The company earned top marks for its employee benefits, combining solid health insurance coverage, 401(k) and above-average vacation allowances, TCA announced.

For Bison, this is the second time the company has been named an overall winner. TCA said Bison manages to keep people engaged, despite the company’s size, through committees such as equipment spec’ing, workflow efficiencies, wellness, and retention and referrals.

“It’s interesting that both of our Best Fleets overall winners are also previous grand champions in the safety arena. It may well be that their safety numbers are outstanding because of all the other things that they do,” Jazrawy said. “Both have taken a holistic approach to improving fleet operations and working to build a more efficient, more inclusive fleet that all drivers can benefit from. As a result, they have happier drivers, who focus on doing their jobs better, leading to better safety and more efficient operations. This, in turn, makes everyone happier, and the cycle continues.”

Fleets nominated for the awards are scored on a scoring matrix that includes: total compensation package (base pay, bonuses, vacation, sick days, etc.), health benefits, pension plans, professional development opportunities, career path/advancement opportunities and more. Drivers from the carrier nominees are also surveyed, with their feedback and management’s compared for the final score.

This is the 8th year of the contest. It’s open to all U.S. and Canadian fleets operating 10 or more trucks. To be considered, fleets must be nominated by one of their drivers, either a company driver or an owner-operator. 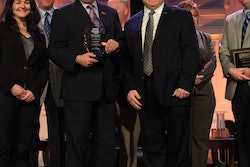 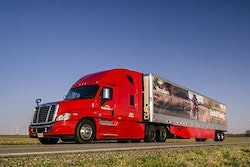 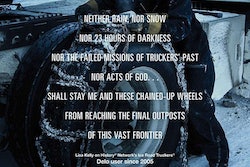 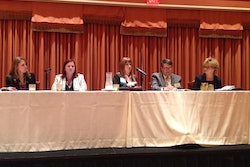