Bison Transport’s director of safety and driver development Garth Pitzel has been awarded the Clare C. Casey Safety Professional of the Year Award by the Truckload Carriers Association.

Pitzel has been with Winnipeg, Manitoba-based Bison since 1994 and has been in his current role since 2001. He’s responsible for company and driver safety, driver development and company security. He’s currently involved in TCA’s School Committee and has held several leadership roles within the Safety and Security Division.

The award is given to someone “whose actions and achievements have had a profound and positive benefit or contribution to better safety on our highways,” according to TCA.

Nominees for TCA’s award must exemplify leadership and demonstrate the goals of protecting lives and property in the trucking industry while serving their company, industry and the motoring public. The award is named after a safety professional who actively served TCA from 1979 until 1989. 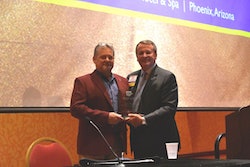 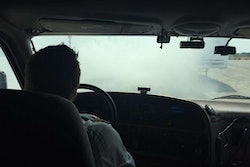