The regulatory swath barreling toward the trucking industry — highlighted by electronic logging devices and greenhouse gas emissions standards — combined with likely increases in fuel costs and an uptick in freight could push the trucking industry into a full-fledged capacity crisis as soon as late next year, says FTR economist Noel Perry.

Perry spoke Wednesday at the 2016 FTR Conference, noting that despite the current downward trend of shrinking truckload pricing, carriers likely will be forced to ask their shipper customers for sizable rate increases starting late this year and through 2017 and 2018.

“Now’s the time to begin thinking about managing in an environment that’s 180 degrees from the environment we’re in right now,” Perry says.

The persistent driver shortage will worsen and continue to restrict trucking’s capacity, Perry adds, and it will be compounded by coming regulations. “Capacity utilization will skyrocket, because carriers simply can’t get enough drivers to offset the fact that regulations changed.”

Though the coming electronic logging device mandate, slated to take effect next December, will cut industry capacity, the productivity hits won’t be as large as some have predicted, Perry says. He pegs the productivity cuts at around 3-5 percent — much lower than the preditions of 10 percent some analysts have warned of. Many large carriers have already adopted ELDs and will adopt the devices well ahead of the mandate, meaning the productivity losses will be slower and more easily accounted for.

But the mandate will still be significant costs to carriers, Perry says. “To keep margins good, carriers are going to have to get prices up. I’m forecasting prices to go up at the end of this year and into next year.”

Perry says rates will climb between 5-7 percent by the end of 2017. Rate increases are already being seen on the spot market, Perry says.

A panel of shipper and carrier representatives agreed with Perry in a subsequent panel discussion. When asked by Perry, who moderated the panel, how likely they foresee a “significant capacity issue” within six and 12 months, all panelists said the chance is great.

“Every quarter brings it closer,” he says.

Panelist Rodney Noble, head of logistics for PepsiCo, said as a shipper he’s preparing for a coming capacity crisis, but wouldn’t offer a percentage of its likelihood, given his role in rate negotiations with carriers. 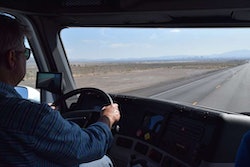 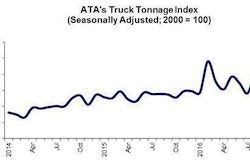 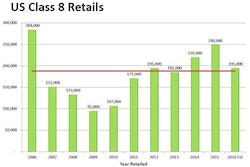 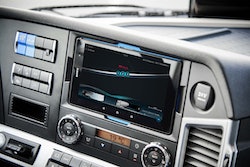