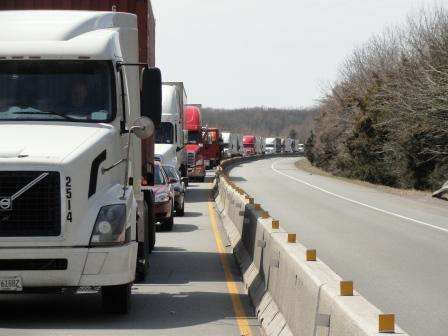 Traffic stopped on I-40

The National Transportation Safety Board said this week the U.S. DOT needs to tighten pre-employment driver screening for carriers. Its recommendations come following its investigation into a June 25, 2015, crash in Chattanooga, Tenn., involving a tractor-trailer. Six people were killed in the crash, and four others injured.

All four new recommendations made to FMCSA would affect carriers and their hiring process, if implemented. While NTSB did not recommend that FMCSA require carriers to conduct hair drug testing on drivers, it did recommend that the agency provide information to carriers about the use of hair testing to detect the use of controlled substances as an option instead of urine testing.

Other new recommendations to FMCSA include requiring carriers to conduct the same review on potential new driver hires as they conduct for a driver’s annual evaluation; examining the value, accuracy and timing of the information provided to carriers through FMCSA’s Pre-Employment Screening Program, as well as the costs and incentives for carriers using the program; and publishing best practices for pre-employment investigations of drivers for carriers.

NTSB also reiterated a recommendation it has previously made to FMCSA, which was for the agency to determine the prevalence of truck drivers’ use of drugs and develop a plan to reduce the use of them.

“Implementation of our recommendations made today can lead to a prospective employer having access to a driver’s full driving history, including involvement in previous crashes, incidents of speeding, or operating while impaired by alcohol or other drugs. Access to this history will help make pre-employment screening more effective, help keep high-risk drivers off the roads, and thereby possibly prevent this type of accident from happening again,” said NTSB Chairman Christopher A. Hart.

NTSB found in its investigation that Kentucky-based driver Benjamin Scott Brewer did not slow down when traffic was backing up in front of him in a construction zone, and that he had illegally used methamphetamine before the crash occurred. NTSB said the toxicology report indicated a pattern of drug use, and if the carrier, Cool Runnings Express, had used pre-employment hair drug tests, Brewer’s methamphetamine use could have been detected.

The agency said Brewer’s operation of the truck “through the work zone at 78-82 mph significantly hindered his ability to react in time to take evasive action to avoid vehicles,” which led to a more severe crash, and added that he had not taken rest breaks as required by hours-of-service regulations.

Following the crash, the Federal Motor Carrier Safety Administration issued a shutdown order to Brewer. FMCSA said then that Brewer had falsified his logs to show he had been off-duty from June 15 until 7 a.m. June 25. However, FMCSA’s investigation found that Brewer had been on-duty and driving June 22, 23 and 24. 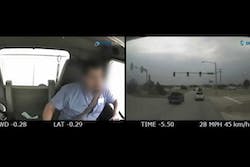 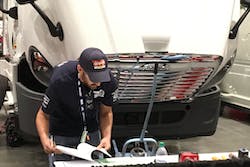 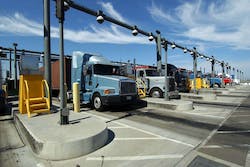 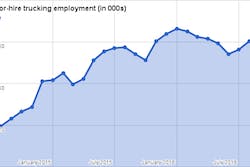