Carrier giant J.B. Hunt has reached a $260,000 settlement with four Sikh truckers who claim the carrier discriminated them based on their religious beliefs when they refused to comply with Hunt’s pre-employment hair-sample drug testing program.

One of the five articles of faith for Sikhs is maintaining uncut hair, according to the Equal Employment Opportunity Commission, who announced the settlement Nov. 15.

The EEOC argues J.B. Hunt (No. 6 in the CCJ Top 250) failed to make religious accommodations for the four men during the hiring process after they requested an alternative to hair sample testing. Three of the four applicants were denied employment at the company and another was screened out of the hiring pool prior to an interview.

The lack of accommodation for their religious beliefs led to the denial of their hire, the EEOC says, violating Title VII of the Civil Rights Act.

J.B. Hunt agreed to enter into a two-year conciliation agreement with EEOC and the alleged victims, thereby avoiding litigation. J.B. Hunt has revised its written policies and procedures regarding religious accommodations and established an alternative to the drug testing by hair sample for those who need an accommodation. Aside from the monetary relief, the company will extend a conditional offer of employment to all complainants in this case.

Editor’s note: CCJ has requested comment from J.B. Hunt on the settlement. Their response will be added if it’s made available. 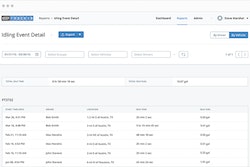