Cargo theft recording firm FreightWatch International is urging the trucking industry to be wary of cargo thieves during the Thanksgiving holiday weekend.

FreightWatch warns shipments of electronics and clothing and shoes are the most-targeted during the Thanksgiving period. To safeguard against cargo theft, FreightWatch recommends truckers and trucking companies make sure security protocols are up-to-date for both in-transit and warehouse operations.

Some notable thefts reported during recent Thanksgiving weekends include: 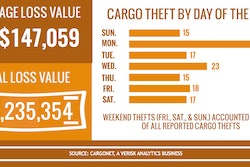 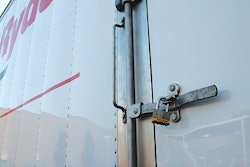 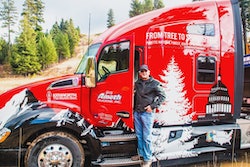