In a press release, the company notes that newer entrants — such as telematics systems upselling “add-on” cameras or dashcams— are trying to gain a foothold in the market with low cost, no-review services.

SmartDrive attributes its growth to fleets remaining focused on full-service programs that proactively identify risk, improve driver performance and save time versus using technology that requires more headcount to review videos. Management KPIs, prescriptive analytics and actionable fleet intelligence delivered through a managed service are the key decision criteria for carriers purchasing a video analytics platform, it says, because these capabilities help deliver the most protection, most immediate insight and fastest payback.

“As we look at the company growth rate over the last three years, it is clear that fleets are saying ‘good enough is not enough,’ first by investing in video safety and then by selecting SmartDrive’s proactive programmatic approach that brings a new level of transportation intelligence to fleet safety and operations,” stated Steve Mitgang, CEO of SmartDrive.

The company also noted that its commercial transport customers made the following improvements in fleet safety during the first year of deployment:

The SmartDrive system also helped fleets reduce collisions through proactive intervention and exonerate drivers when not at fault by capturing 19.4 near-collisions and 6.3 collisions (per million miles) 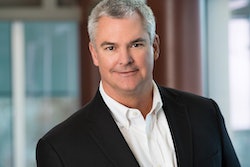