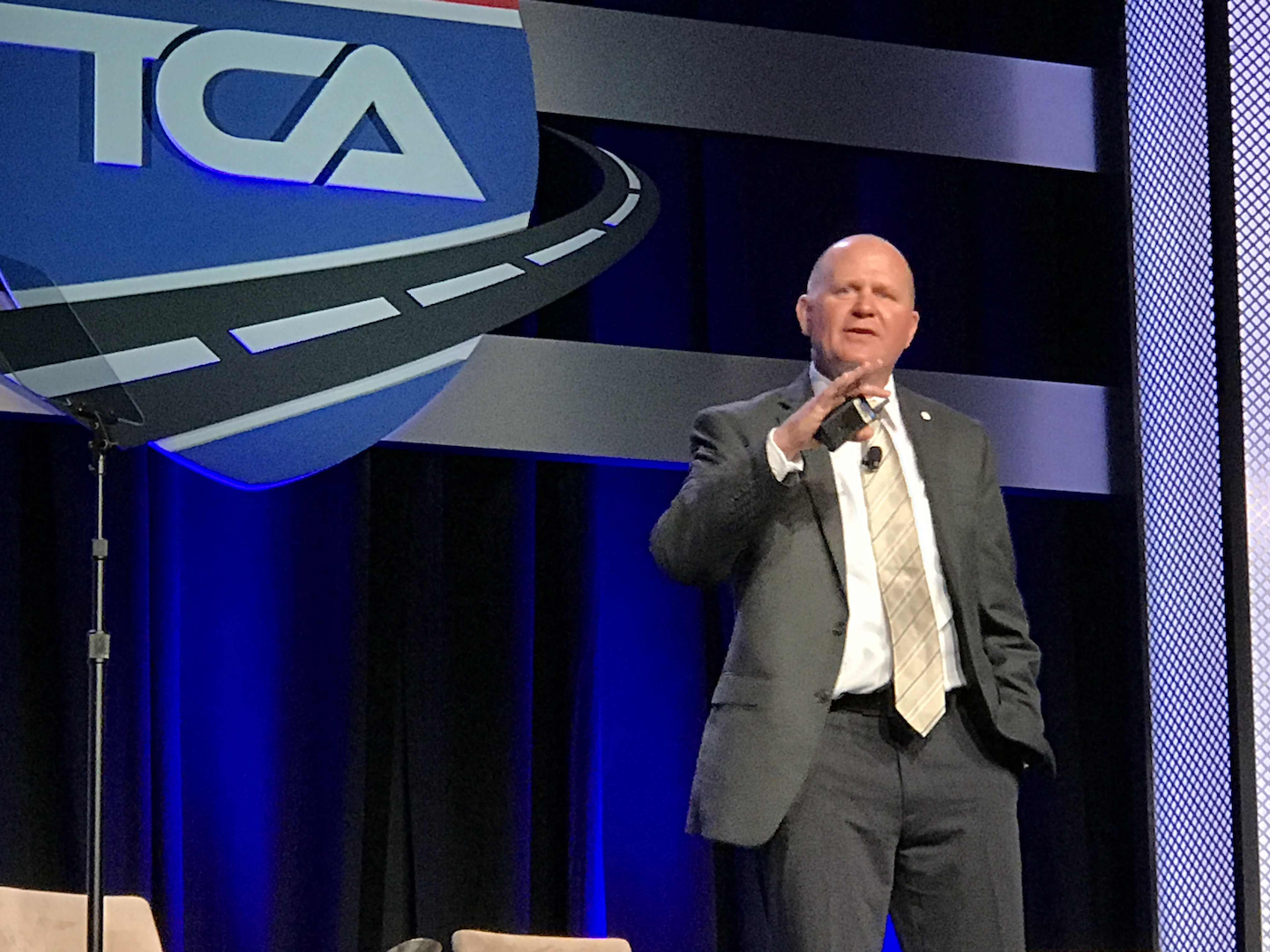 FTR’s Eric Starks is upbeat about trucking conditions in 2017, but cautions that threats could derail economic growth.

The Institute for Supply Management (ISM) Manufacturing Index has been in a period of expansion for the last year and is likely to continue to grow.

“Manufacturing is the bread and butter of transportation,” said Starks. “If we look at ISM Index, right now this information tells us manufacturing is growing and in the near-term is likely to continue to grow.” Starks also cited the Federal Reserve’s Industrial Production Index for Manufacturing showing similar positive momentum after two years of stagnation.

In the broader economy, payroll employment and the overall job market are improving, adding 238,000 jobs in January and 235,000 in February after three straight months below 165,000 to end 2016.

“In a 2-percent growth economy, job growth in the 200,000-plus range suggests the economy can continue to be self-sustaining,” said Starks, adding that wages are also increasing. “The numbers are telling us we are near full employment. What we’d like to start seeing in the next 12 months is wage inflation.”

Despite the positive job growth numbers, business investment in terms of core capital goods orders remains weak, due in part to the bipartisan rancor in Washington.

“The question is, ‘Are businesses going to participate in this recovery or not?’” said Starks. “We cannot have businesses continue to sit on the sidelines. This current political environment might keep businesses from spending in the short term and wait for the dust to settle.”

The business inventory-to-sales ratio has started to turn downward, but Starks says it is an unknown if it is enough to stimulate transportation.

“As interest rates start to go up, will [retailers] be looking to hold less inventory going forward?’” asked Starks. “That’s something we are going to have to pay close attention to.”

New housing starts are getting back to a point of equilibrium, which equates to more freight movement of lumber, shingles and other homebuilding materials, but Starks said it has been a slow recovery.

In terms of U.S. trade relations, Starks said the best possible outcome from a trade war with other countries is to break even, but the likely scenario is the country is worse off.

On renegotiating NAFTA, Starks said, “Why would we want to blow up that agreement? Mexico and Canada are our two best trade partners,” adding it won’t take a lot to bring the economy to a halt.

In the trucking industry, Starks said the industry is seeing modest growth in freight demand.

“Looking at loads on a monthly basis, it is on an upward trajectory,” said Starks.  There is real growth within the system.”

Citing the Trans4Cast Weekly Market Demand Index, Starks said it is significantly above last year and above the historical average, but spot rates are above last year but not close to where they were historically. “My sense is this will move higher a little bit, but not until the second half of the year when thigs start to pick up,” he said.

Starks said higher load availability in the dry van spot market suggests increased freight activity as more loads are being posted. On the refrigerated side, pharmaceutical and medical shippers moving from 30 percent to 100 percent temperature-controlled shipments has increased demand. In the flatbed market, the increase in fracking has increased demand and helping rates to get back to the five-year norm.

“When we look at the overall freight market, it has been 11 years from peak to peak,” said Starks. “That is a market that continues to be a growth market longer term.”

Starks said the electronic logging device mandate will result in a loss in productivity, suggesting that on a driver basis the industry will need to add just to meet the same amount of demand. “If you don’t have a driver, you have to park equipment,” he said.