Tonnage down on monthly basis, up on yearly basis: Truck freight tonnage moved by the for-hire trucking industry dipped in March from February, according to the American Trucking Associations’ monthly report. The 1 percent decline in tonnage follows a tenth-of-a-percent drop in February.

2017 sending mixed signals on freight: So was one of the key takeaways of a conference call held last week by investment firm Stifel, who hosted loadboard DAT’s Mark Montague, an analyst on truckload freight, lanes and pricing.

The spot market was strong in the first quarter, Montague said, with the load-to-truck ratio on DAT’s loadboard nearly doubling over the same period last year. However, rates on the contract market “continue to suffer,” says Stifel’s report, particularly for the dry van segment.

“The spread between van spot rates and van contract rates sits at roughly 30 cents per mile, which is close to the higher end of the historical range,” according to Stifel’s recap of Montague’s presentation. 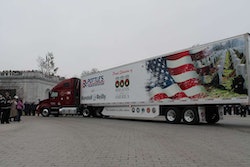 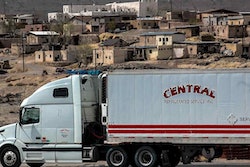