Every motor carrier has a unique version for driver pay. Some pay hourly; others are mileage based. Some have elaborate schemes that pay drivers for activities and performance.

Some even pay for activities that may not be productive or revenue generating such as equipment inspections, attending safety meetings and other routine duties.

Driver pay and settlements are intricately woven with the billing process as core functions of transportation management software (TMS) systems. The variety of pay programs in the trucking industry make it necessary for software developers to have flexible configuration options to create an automated process for both.

To set up an automated driver pay program and billing process in the LoadMaster TMS from McLeod Software, motor carriers can use the visual workflow module called FlowLogix. The module has templates and a custom flow chart design tool — similar to Vizio, says Matt Davis, McLeod’s senior FlowLogix developer.

The automated process typically starts with the electronic capture of a proof-of-delivery receipt along with other required documents or receipts. Examples include loading, unloading and detention events that are subject to an accessorial charge.

Increasingly, the image capture is being done by fleets by having drivers use mobile apps, he says.

FlowLogix can identify any exceptions and trigger an automatic email to a driver, customer or other party to capture missing data or documents as part of the process. If all of the workflow is complete, the system will automatically generate an invoice and driver settlement, he says.

The module can also be used to set up custom driver pay programs. One that is becoming more common is guaranteed pay. If drivers meet a set of performance criteria but fail to meet a weekly minimum for pay due to unforeseen circumstances such as weather or delays, FlowLogix could be used to configure a payroll process to increase driver pay to a certain amount, he says.

The company’s TMS platforms include TMW.Suite, Innovative and TruckMate. These platforms track driver’s progress against planned load assignments to automatically confirm that the work has been completed and automate pay, he says.

Accessorial pay such as tarping for flatbed carriers or detention charges can be set up in the customer or “bill-to” master files and verified by mobile data capture to automate payroll.

Additionally, TMW has an alerting system called The Dawg that can monitor key performance indicators (KPIs) for billing and payroll such as hours, mileage, dwell time, on duty, off duty time and more. Fleets can use The Dawg to set up scorecards and KPIs they use for performance-based pay, guaranteed pay, incentives and other programs. They can also create custom spreadsheets and import them into a TMW platform to automate them, he says.

For technologies to automate activity-based driver pay, see part 1 of this series. For more options to speed the delivery of documents for driver pay and billing, see part 2. 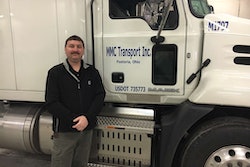 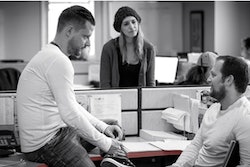