Drivewyze was recently named by market research firm Frost & Sullivan as the company of the year in its recent analysis of the weigh station bypass systems market.

The recognition follows a report earlier this year by Frost & Sullivan that named Drivewyze one of the top 10 mobile apps in the transportation industry.

“Drivewyze accomplishes this through its use of commercial mobile radio service (CMRS) technology—the same technology deployed in modern cellular and Internet networks that deliver mobile calls and data,” Kailasam said.

CMRS technology allows Drivewyze to read a truck’s approach up to two miles away, regardless of which lane the truck is traveling in.

Depending on the carrier’s Federal Motor Carrier Safety Administration (FMCSA) Inspection Selection System safety score, a Drivewyze-equipped truck can bypass weigh stations up to 98 percent of the time. Based on a study of more than 94 million truck visits to weigh stations, Drivewyze calculates that each bypass generates an average savings of $9.31 in operating costs.

Subscriptions cost $15.75 per truck per month, with fleet discounts available. Drivewyze offers bypass service along major transportation routes in virtually all U.S. states, with more than 650 fixed and mobile sites across 42 states and Canadian provinces.

Drivewyze is also using its CMRS technology and geo-mapping capability to develop other connected truck service features for its Drivewyze PreClear product.

A new driver safety notification feature will be made available this summer. It will deliver free in-cab safety alerts to drivers as they approach high-frequency rollover crash sites, said Doug Johnson, director of marketing for Drivewyze. Most of the danger sites are cloverleaf sections of road for onramps and off ramps.

In testing the new feature in 6 states with 14,000 trucks, the safety notifications reduced by 17 percent the number of incidents where drivers had excessive speeds for the danger zones. Drivewyze recorded a decrease in lateral acceleration at these sites by 12 percent, he said. 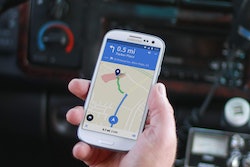 Pennsylvania Turnpike tolls to increase for 10th straight year in 2018