Wildfires in the Pacific Northwest have prompted the state officials in Oregon and Washington to issue emergency declarations and close some highways in the states.

As a result of the wildfires, the Oregon Department of Transportation has closed a section of I-84, and some state highways in both Oregon and Washington have been closed as well. I-84 is closed in both directions between milemarker 17 in Troutdale and milemarker 62 at Hood River, according to the Oregon DOT. Eastbound trucks are asked to use U.S. 26 to Oregon 216 to U.S. 197 as an alternate route, and westbound trucks should use the opposite – U.S. 197 to Oregon 216 to U.S. 26.

According to a report from The Oregonian, two separate fires have merged and are now burning nearly 31,000 acres, and shifting winds could push the fires farther east.

I-84 now closed in the Columbia River Gorge because of fire threat. WB traffic must exit at exit 62, EB traffic at exit 63. pic.twitter.com/yxvquH5JnP

Here's a few shots of the #NorsePeakFire that will keep SR 410 east of Chinook Pass closed 24/7 at least through Monday night. pic.twitter.com/VFHLEgyHTs

Webcam set up in the Gorge is capturing insane images right now of the #EagleCreekFire #Oregon #Wildfire https://t.co/NDdwfddPdb pic.twitter.com/fXnvVNZl8c 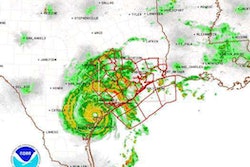 ELD mandate delay under consideration in House this week