Even though Hurricane Irma has been downgraded to a tropical depression, the storm is still bringing high winds and plenty of rain to the Southeast and Ohio Valley regions.

Drivers in these states will not be subject to hours-of-service regulations, as long as they are hauling emergency relief supplies to the areas affected by the storm. Additionally, FMCSA is not enforcing its Temporary Operating Authority Registration fee of $300.

According to FL511.com, most major highways in the state are back open, including I-10 in Lake City and I-95 near Miami, which were closed Monday due to flooding. The Sunshine Skyway Bridge in Tampa Bay has also reopened, according to state officials. There are still some closures on minor highways, a full list of which can be seen here. 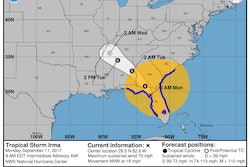 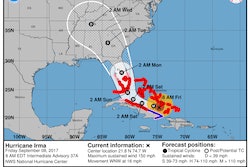