I’d bet you $1 per mile that if you surveyed 100 truck drivers, more than 61 of them would say they feel less safe being passed by a passenger car than a semi.

Backup cameras are being mandated on cars next year – not to make backing easier, but so drivers will stop running over their loved ones and random objects. Car manufactures aren’t putting technologies on passenger cars that speed them up when a semi is closing in on their bumper. They’re putting systems on cars (a standard by 2022) that trigger automatic braking when the car isn’t stopping as it approaches an object because everyone knows – in more cases than not – regular people can’t drive.

Whether it’s texting and driving, a satellite-radio-induced steering wheel drum solo to Van Halen’s “Panama” or turning to the backseat to discipline an unruly child, the levels of in-car distraction are climbing while the general public’s ability to focus on one mostly simple task is disappearing.

Reports released by the American Trucking Associations consistently show that car drivers are the cause of most accidents, and were the cause of a whopping 80 percent of the crashes over a three-year period from 2007 to 2009, according to a study conducted by the University of Michigan Transportation Research Institute. Last year, a Tesla driving itself was found “mostly to blame” when it hit a semi and killed its driver.

According to the Insurance Institute for Highway Safety’s Highway Loss Data Institute (HLDI), about 1 in 10 highway deaths occurred in a crash involving a large truck in 2015. That means the other 9 deaths involved car-on-car violence.

Despite the fact that trucks weren’t even involved in, much less the cause of, about 90 percent of on-highway deaths in 2015, about one in four passenger car drivers say adding safety technology to large trucks would help them feel better about sharing the highway.

Apparently it’s not a widely disclosed fact that truck drivers have to take the regular license test, a minimum of three more written tests and an additional multi-series road test to get their commercial driver license. That doesn’t necessarily make them better drivers, but it puts them through a graduate-level type training that should make them at least more aware.

Newsflash: big things have a higher tendency to roll over than small things when hurtling down the highway at high-speeds.

The bullet proof vest of transportation, it’s unfortunate commercial drivers have to be mandated to have it (and pay for it) but gravity and inertia are going to do what they do. Electronic stability gives the advantage back to the driver.

The other add-ons – lane departure, video monitoring and emergency braking – each have their place, but putting the onus on fleets nationwide to implement these technologies doesn’t seem fair considering they are only at-fault 20-ish percent of the time.

One traffic fatality is one too many regardless of who’s at fault, but commercial drivers shouldn’t be on the hook financially for protecting the general public from themselves – the equivalent of giving the bully your milk money so he’ll leave you alone and him beating you up anyway.

AAA does a good job of promoting safe-driving habits but the general public does a mostly God-awful job of heeding their advice. Until distracting driving laws are widely enacted – and enforced – on passenger cars, trucking will continue to undeservedly receive black eyes … and no milk. 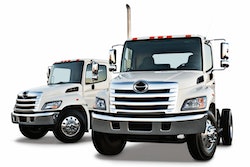 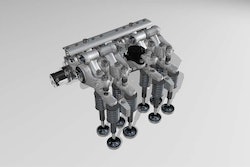 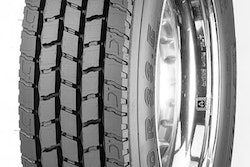 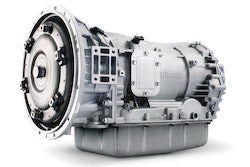