A 2.2-cent increase in the average cost diesel fuel across the U.S. during the week ending Oct. 30 has prices at their highest point since mid-summer 2015, according to the Department of Energy’s weekly update.

The nation’s average price for a gallon of on-highway diesel is now $2.819, the highest since the week ending July 6, 2015, when prices were $2.832 per gallon nationwide.

During the most recent week, prices increased in all regions with the most significant increases coming in the Midwest and Rocky Mountain regions, where prices are up 3.1 and 2.6 cents, respectively.

The U.S.’ cheapest diesel can be found in the Gulf Coast at $2.639 per gallon, followed by the Lower Atlantic region at $2.729 per gallon.

The most expensive fuel is in California at $3.185 per gallon, followed by the West Coast less California region at $3.020 per gallon.

ProMiles’ numbers during the week saw diesel prices increase by 2.6 cents to $2.794 per gallon nationwide. 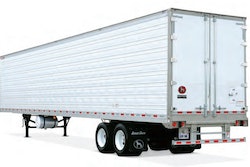