With the holidays approaching, diesel fuel prices across the U.S. fell by nearly a cent during the week ending Dec. 18, according to the Department of Energy’s weekly report.

The average price for a gallon of on-highway diesel now stands at $2.901, down nine-tenths of a cent from last week. During the most recent week, prices fell in all regions except New England, which saw a 2.4-cent increase.

The nation’s most expensive fuel can be found in California at $3.552 per gallon, followed by the Central Atlantic region at $3.06 per gallon.

ProMiles’ numbers during the week saw diesel prices drop slightly by one cent to $2.852 per gallon nationwide. 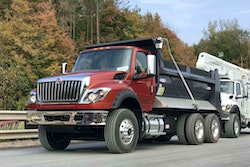 Inspectors, states and drivers grapple with ELD enforcement on first day of mandate