On the heels of one of the best years in the company’s history, Daimler Trucks North America plans to continue efforts to diversify its North American parts distribution strategy and leverage global Daimler resources to develop and introduce new technologies related to connectivity, electrified powertrains and automated driving.

Driven largely by 46,000 orders for the new Cascadia in 2017, DTNA achieved a record 39.8 percent NAFTA Class 6-8 market share last year with 151,000 trucks, chassis and buses, including 127,000 total units in the United States. The company is off to a fast start in 2018, with January NAFTA Class 6-8 market share at 42.3 percent and February numbers projected to be “if not a record, then close to a record,” said Roger Nielsen, DTNA president and CEO, during a press teleconference.

Nielsen predicts those early 2018 figures to continue well into the year. “In 2018 we expect the market to be in the range of what we experienced in 2015 when the NAFTA Class 6-8 market was 420,000 units across all the competition, but it could be higher if the market dynamic continues on and is sustainable for the months ahead.”

Nielsen said most truck sales to DTNA customers are attributable to equipment replacement rather than fleet expansion. “It’s a mixed bag right now, but for the most part it has been replacement,” he said. “In 2018 we are getting back to trade cycles from the peak years in 2014 and 2015 when volumes were high, but there are a few fleets that are actually adding capacity and have been successful in finding drivers.”

In its efforts to be a leader in the development of future technologies, Daimler announced it will spend $620 billion in the next two years to develop new solutions for customers around the globe.

In North America, “We want to put future technology out there that makes sense for our customers,” said Nielsen. “Fleets and truck drivers don’t want new technology for the sake of it, they want new technology because they believe it can give them a competitive advantage in the marketplace and reduce their real cost of ownership.”

DTNA’s connectivity program began seven years ago with the launch of its Virtual Technician remote diagnostic system, and in the last three years it has developed new connectivity solutions as part of the Detroit Connect platform.

DTNA’s current focus is to streamline how customers access and utilize the data coming from their trucks to improve business and reduce cost of ownership. Recognizing that many DTNA fleet customers use third-party telematics providers, Nielsen said the company will soon be announcing partnerships with those companies to offer their services through the Detroit Connect platform with the goal of reducing the number of onboard devices with separate SIM cards and cellular accounts.

“Our customers want flexibility in interacting with the data being captured from their fleet,” said Nielsen. “They have proprietary analysis they would like to perform, and we are developing a mechanism to have the data pipelined directly into their back-office systems the way they want it to.”

Nielsen said the timeline for battery-electric vehicle configurations for the North American heavy-duty truck market are in-step with Daimler’s global efforts but cautioned the road to widespread adoption of electric powertrains is still a long way from reality. “When we introduced the original Cascadia 10 years ago, we put 24 million miles on the road before we introduced it,” he said. “We will not do anything different with electric vehicles. It’s critical that from the very beginning that the new technology positively contributes to customers’ real cost of ownership.”

On autonomous vehicles, Nielsen said DTNA’s efforts to make automated driving a reality are in-step with development of the company’s advanced driver assistance systems, many of which are part of the Detroit Assurance safety system. In 2017, 66 percent of new Cascadias were delivered with Detroit Assurance, and Nielsen said future improvements to the camera and radar systems will enable enhanced adaptive cruise control and lane-keep assist features.

After opening a parts and distribution center in Indianapolis in 2017, DTNA recently opened its ninth PDC in Des Moines, Iowa and plans to open a tenth PDC in the Western U.S. region in the near future.

More than 80 percent of DTNA’s dealers now are within 350 miles of a PDC and can place parts orders at 4 pm and receive the parts from the PDC by 7 am the following morning. “Those dealers that are closer are able now to get same-day delivery,” said Nielsen. “Our goal is once we get a truck into the service bay to not move it out until it is completely repaired.”

Nielsen said DTNA’s Alliance Truck Parts division has increased its parts product lines by more than 50 percent and the company will be opening Alliance Truck Parts retail stores throughout the country. “It is a key element to expanding the availability of our parts in the aftermarket,” he said. 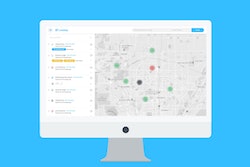 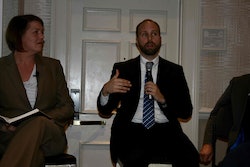