As streaming video and sensor data enter the hubs, software algorithms instantly detect patterns of risky behaviors. These patterns, known as trigger events, initiate the capture of video and event data for review.

The SR3 has been in the market for eight years. The SR4 was still under wraps when SmartDrive announced a new line of SmartSense “intelligent driver-assist sensors” last October at the ATA conference.

The first SmartSense product to hit the market is able to monitor eye movements and head positions of drivers to detect inattention, distraction and drowsy driving behaviors. This product was made available for the SR3 as SmartDrive was developing additional machine vision technologies that it knew would require more processing power.

Development for the SR4 platform began two years ago when SmartDrive foresaw a need for significant increases in computing power and storage to support the next generation of fleet safety management technology.

SmartDrive engineers were able to make the SR4 platform smaller and give it a more flexible footprint with new forward and driver-facing cameras. The green power indicator light that fueled suspicion for Oakley’s drivers has been relocated to a compact sensor bar that mounts to the A pillar, out of sight, on the passenger side.

The new sensor bar, smaller than a pack of gum, houses a microphone, accelerometer, GPS, cellular modem and Bluetooth antennas.

The SR3 supports up to four cameras and this may be adequate for most fleets today, but the future is changing quickly. Steve Mitgang, chief executive of SmartDrive, says five to 10 percent of its customers are already deploying more than two cameras in their vehicles.

Some ADAS technologies actively control throttle, braking and steering functions of the vehicle to improve safety. Yet studies show they can lead to driver complacency. For example, risky behaviors like texting or eating may be more common when drivers use adaptive cruise control, says Mark Freitas, vice president of product management.

SmartDrive’s new machine vision sensors will monitor if drivers are alert, ready to react to conditions, and responding appropriately. New technology will also help to ensure that ADAS systems are performing as intended, he says.

SmartDrive executives say its new server-class SR4 device will support dynamic safety and operational needs of fleets for the next six to 10 years, if not longer. And as customers transition from SR3 to SR4 they will be able to use the same, unified SmartIQ web interface for video-based driver safety and risk management.

As a food-grade hauler, Oakley Transport is interested in the expanded capabilities of SR4 to fortify its cargo security and cargo safety, says Ty Sherman, chief financial officer. Oakley is interested in using cameras on the top and the rear of its tank trailers to monitor cargo seals. A rear-view camera would also help to prevent backing accidents, he says.

The company has already installed side and rear-view cameras on trucks used for a dedicated operation where its drivers have to navigate through tight quarters when loading and unloading.

With the expanded capabilities of SR4 and an ongoing cost that stays the same as SR3, the choice to upgrade was easy, he says.

“We want to stay on the cutting edge,” added Thomas Oakley. “We want to have the best trucks, the best equipment, and the best safety stuff. Any new thing that comes out we will be game for it.” 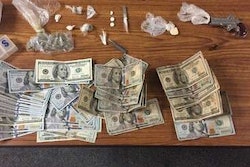