The Truckload Carriers Association made significant progress in telling its “story” in the past year and needs to continue that emphasis, said incoming Chairman Dan Doran, president of Doran Logistics.

Doran cited the challenge presented a year ago by incoming Chairman Rob Penner, head of Bison Transport in Winnipeg, Manitoba, “to introduce TCA to the world and we did just that.”

TCA clearly made its presence known on Capitol Hill, Doran told attendees at TCA’s annual meeting at the Gaylord Palms Resort outside of Orlando, Florida.

“We had hoped 20 people would be interested in scheduling congressional visits,” he said of plans for the first visits following the 2016 election. Instead, “This association had 32 people in town to send a message, and nearly 75 congressional visits.”

The visits were effective, as evidenced by follow-up requests for TCA staff to formulate positions on trucking’s top issues, including hours of services, electronic logging devices and autonomous trucks.

That means addressing hours of service, which he said is trucking’s top problem. “We need to tell the story that the 14-hour clock is just not working,” he said. “We must advocate for increased flexibility, not in the manner of increased drive time, but rather in the manner that makes our drive time practical.”

Another major problem is the nation’s “crumbling infrastructure.” It contributes to traffic problems and hampers “our work force from the very thing they’re assigned to do.”

Doran said he represents the third generation of his family’s trucking industry involvement, and members of the fourth and fifth generations had accompanied him to the conference. 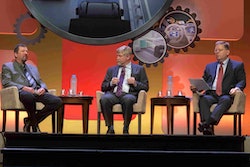 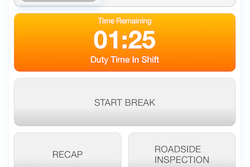