Per-mile company driver pay in the first quarter of 2018 surged compared to the same quarter a year ago, according to data from the National Transportation Institute, with some fleets, mostly midsize to large carriers, pressing driver pay ahead by a range of 7 to 11 cents a mile compared to 2017’s first three months.

Klemp said 6.25 percent of fleets tracked by NTI instituted pay boosts in the 7- to 11-cent range. Another 43.75 percent of fleets surveyed by Klemp boosted driver pay in the 4- to 6-cent range, also historically strong gains, said Klemp. The remaining 50 percent of carriers in Klemp’s data set raised pay by 1 to 3 cents a mile.

The wage increases were part of industry-wide efforts to retain and recruit drivers, says Klemp. NTI saw almost no increase from the year prior in 2017’s first quarter, he said. Pay moves didn’t begin until last spring and summer, and this cycle of driver wage hikes was shorter than most, says Klemp.

Fleets are now at the tailend of about an 8-month cycle of pay increases, he says. In that time, nearly all of the fleets he’s studied — 81 percent — have raised company driver pay. “That’s also very high,” he says. “It tells us this pay cycle is going to end pretty quickly. There aren’t many fleets left who haven’t moved. We’re going to continue to see that last roughly 20 make their moves [soon], and I expect another round of pay moves to kick off sometime this fall.”

Klemp says data for the first two months of the second quarter (April and May) show continued acceleration in driver pay, with pay announcements from December and January beginning to kick in. 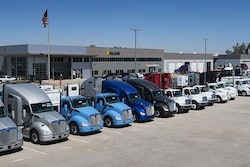 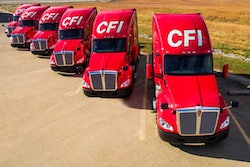