Diesel fuel taxes in Oklahoma increased Wednesday for the first time since 1987, while fuel taxes in six other states will change on July 1.

In Indiana, the diesel tax will jump by 22 cents to 48 cents per gallon. The considerable increase is due to the state legislature eliminating the 21-cent fuel surcharge charged to motor carriers and combining it with the fuel tax.

South Carolina’s diesel and gas taxes will increase by 2 cents per gallon to 20.75 cents as part of the state’s six-part increase plan that began last year. By 2022, the diesel tax will be 28.75 cents per gallon.

Diesel buyers in Tennessee will see a 3 cents per gallon increase to 25.4 cents beginning July 1, while the gas tax will increase by 1 cent.

Also beginning July 1, Connecticut‘s diesel tax rate will increase 2.2 cents from 41.7 cents to 43.9 cents per gallon. This rate will remain in effect for 12 months.

Finally, Maryland’s diesel and gas taxes will jump by 1.5 cents to 36 cents per gallon at the beginning of the month due to a law that ties the fuel tax to inflation and the price of fuel.

Going in the other direction, Nebraska’s diesel fuel tax will decrease from 28.4 cents to 28 cents per gallon. 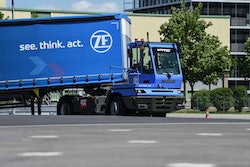