The Senate on Wednesday passed a bill that exempts livestock haulers from compliance with the electronic logging device mandate for another year, allowing them to run on paper logs until the end of September 2019.

The measure still has hurdles to clear before becoming final, however. Though the House has taken up a similar year-long extension of the livestock ELD waiver, it has not yet passed the bill to which it is attached. The two chambers, once the House passes its bill, will need to confer to iron out differences between the two pieces of legislation. Both chambers will the need to pass the bills again. President Trump must also sign the legislation, but he has threatened to veto appropriations packages coming out of Congress if they don’t include funding for a wall along the U.S.’ southern border.

Legislators have just two months to finalize 2019 appropriations packages to ward off a government shutdown. Livestockers are currently exempt from ELD compliance through September 2018.

The Senate’s livestock ELD waiver was added late Tuesday via an amendment offered by Sen. Deb Fischer (R-Neb.). Also added was an amendment from Fischer to urge the Federal Motor Carrier Safety Administration to complete its ongoing study into adding split sleeper berth flexibility to hours of service regulations, though the amendment does not stipulate a timeline.

The House’s DOT appropriations bill, which includes the ELD waiver for livestockers, also includes the so-called Denham Amendment, which would block states from enforcing laws that require carriers to provide drivers meal breaks and paid rest breaks beyond what is required by federal hours of service regulations.

That bill is awaiting consideration on the House floor. It was passed by the House’s Appropriations Committee in late May. 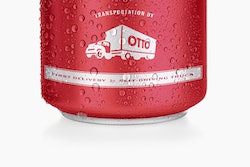