Mark Hazelwood, the former president of Pilot Flying J who headed the company while it allegedly systematically defrauded trucking companies for nearly a decade in diesel purchasing contracts, has been sentenced to 12 and a half years in prison for his role in the alleged scheme. He’s also been ordered to pay a $750,000 fine and serve three years of probation after his release from prison.

Judge Curtis L. Collier of the U.S. District Court of Tennessee issued the sentence on Wednesday.

Pilot settled with 5,500 trucking companies in late 2013, agreeing to pay $85 million in sum to those companies. Pilot also agreed to pay the Department of Justice a fine of $92 million to settle the criminal investigation against it.

Agents from the IRS and FBI raided the company’s headquarters in April of 2013 after an internal informant working at Pilot Flying J’s Knoxville headquarters had recorded conversations of company personnel over a two-year period.

Pilot has said numerous times since that it has taken steps to right its wrongs and revive its relationship with the industry. It has also discontinued the practices that lead the fraud scheme and instituted operational changes “to make sure nothing like this ever happens again,” the company told CCJ in a statement in February. 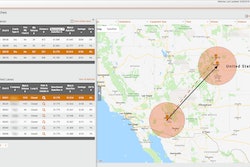