The study, conducted by NDP Analytics, found that the delays put 248,684 truck driving jobs on hold while the CDL applicants waited to take their final test. The study suggests that these delays cost the U.S. economy $1.5 billion in lost wages for the drivers and estimated losses to business as a result of the drivers not being paid.

CVTA’s study also found that, on average, states with third-party testing had no waiting time for the initial test and under two days for a retest compared to more than 12 days for initial tests and 17 days for retests in states with state-only administrators.

Using available skills test and retest data from the Federal Motor Carrier Safety Administration for 33 states from 2016, the report found that 22 of these states had no wait time for initial tests – 20 of which had some form of third-party testing and the other two had state-run testing only.

New Jersey and California were the biggest offenders when it came to backlogs, the study found, with initial wait times of 47 days and 23 days, respectively.  New Jersey in 2016 had state-only testing, while California has both third-party and state testing. New Jersey has since added third-party testing.

CVTA President Don Lefeve says Congress could address the issue by requiring states to offer third-party testing to cut down on or eliminate the testing delays.

“This report confirms skills testing delays are a national problem costing the U.S. economy $1.5 billion annually and unnecessarily preventing hundreds of thousands of Americans from entering the workforce,” Lefeve says. “With drivers in high demand, Congress has the opportunity to address this issue through a common-sense solution that requires third party testing, ultimately eliminating skills testing delays. Our drivers, and our nation, cannot afford to be sidelined as a result of limited testing options.” 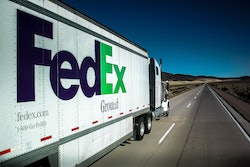 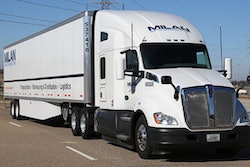