A box truck driver will receive nearly $200,000 from a Kentucky-based trucking company who fired the driver after he refused to drive in bad weather.

According to a press release from the Department of Labor, the Occupational Safety and Health Administration (OSHA) ordered Freight Rite, based in Florence, Kentucky, to reinstate the driver, who was unnamed, after he was fired when he refused to operate in hazardous road conditions caused by inclement winter weather.

OSHA also ordered the company to pay the driver $31,569 in back wages and interest, $100,000 in punitive damages, $50,000 in compensatory damages and reasonable attorney fees, and to refrain from retaliating against the driver.

Attempts by CCJ to reach Freight Rite for comment have not been returned.

“OSHA inspectors determined that the employee advised the company’s management of his reasonable apprehension of danger to himself and to the general public due to the hazardous road conditions,” the agency said in a press release. The driver’s termination was a violation of the Surface Transportation Assistance Act, OSHA added.

The driver was not identified because the DOL does not release names of employees involved in whistleblower complaints. 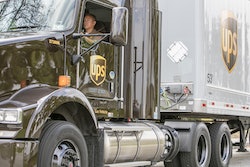 Anheuser-Busch to pay $500k for truck emissions violations in California 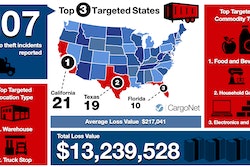