The study was first conducted in 2014 and was updated in 2018 with information regarding electronic logs’ impacts on detention. The full study can be found here.

Respondents to the study indicated that more than a quarter (25.8%) of their dwell times lasted two or more hours, with 9.3% of delays lasting six or more hours. Both of these are increases from 2014, according to ATRI’s numbers. Drivers also reported seeing their appointments being delayed more often than in 2014.

Refrigerated freight and bulk/food haulers were detained for the longest durations, according to the report, with reefer haulers being delayed four or more hours 36.5% of the time.

Of note in ATRI’s findings is that women truckers were 83.3% more likely than men to be delayed six or more hours. The firm says this could be attributed to the fact that a higher percentage of women haul reefer freight than men. ATRI also interviewed a number of women who said they tend to be more patient than men, whereas men are more likely to demand action at shippers and receivers.

The majority of drivers responding to the survey (79% in the 2018 version) indicated they had run out of available hours of service while at a customer facility due to detention, and that delays had a significant impact on their HOS compliance. However, despite ELDs electronically recording wait times, only 17% of drivers reported sharing their ELD data with customers to document and validate how long they had been detained.

According to the study, most fleets and drivers agree that “excessive detention” begins after two hours, and hourly charges should begin at that point. The average per-hour fee charged by fleets was $63.71, which is slightly below the average operational cost per hour of $66.65, according to ATRI’s Operational Costs of Trucking research. Drivers indicated in the survey that their detention compensation “was not adequate for covering fuel expenses or lost wages.”

Drivers and fleets also noted it’s difficult to get detention compensation from customers, saying they had to make additional phone calls to brokers or had to “fight for it” with customers. One driver said he had to send in pictures to prove he was in his truck while being detained because the customer tried to argue that they weren’t able to find him when they brought his paperwork.

Respondents to the survey in both 2014 and 2018 provided a number of negative comments to describe dock workers at shippers and receivers, in addition to the facilities being understaffed.

Additionally, nearly 20% of drivers complained that their preloaded trucks were not ready at the appointment time, products were not ready, or products were still being manufactured. The third most common complaint in both surveys pertained to facilities overbooking appointments, booking more trucks than there is space/docks, and not having enough equipment to load and unload trucks.

ATRI says the similarity between the 2014 responses and the 2018 responses from drivers show that “customer facilities have not made real improvements to their staffing, processes, accuracy or efficiency across the four-year time period.”

Drivers and carriers in the survey identified a few ways shippers and receivers could improve efficiency and minimize detention. These include being better organized and having better planning and communication; having better scheduling, extended hours and keeping appointments; having available space, equipment and employees; using drop-and-hook operations; and more.

The Federal Motor Carrier Safety Administration in June began collecting public comments on detention time and its impact on the trucking industry. Specifically, the agency is looking for information on whether data is currently available on accurately recording loading, unloading and delay times; if technology is available to compare prompt loading and unloading times to extended delays; what the agency should use as an estimate of reasonable loading/unloading time; what the agency can do to help reduce loading and unloading times; and more. A full list of questions can be found in the notice here. 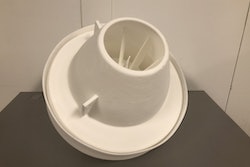 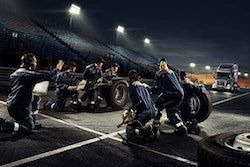 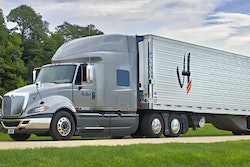