Some of the country’s largest trucking companies reported declining revenues and profits in 2019 compared to the year prior in their recent earnings reports, which comes as no surprise. The slowdown in economic growth last year, which led to sagging freight volumes and trucking rates, was one of the biggest and most discussed trends of the year.

The tough trucking environment in 2019 led to a spike in carrier bankruptcies from the year prior, cutbacks at some fleets, consolidation among others and a general slump in profitability across most of the industry.

Here’s a look at how large, publicly traded truckload trucking companies fared in 2019 and their insights into the industry in 2019 – from excessive capacity, shippers seeking cheaper rates and sluggish freight demand. A few were able to out-earn 2018, but they were the exception, not the rule.

“For the fourth quarter and all of 2019, we battled a difficult operating environment, marked by excess industry capacity, lackluster freight volumes, intense competition from freight brokerage competitors, and higher operating costs,” said David Parker, Covenant chairman and CEO. Parker says he expects improvements in 2020 – mostly weighted toward the second half of the year.

“The year of 2018 provided strong demand for freight and elevated freight rates that allowed our industry to increase driver wages and many companies to thrive. In contrast, 2019 provided freight demand which was significantly weaker than the prior year where pricing pressures were the norm and many of our peers were forced to lower freight rates, make short-term reactionary decisions, and some even closed their doors for good,” Heartland (No. 49, CCJ Top 250) CEO Michael Gerdin told the company’s investors in its 2019 earnings report.

“Landstar’s financial performance in 2018 was by far the best in the company’s history, making for very difficult comparisons in 2019,” Gattoni said. “We experienced year-over-year declines in both truck volumes and price for much of 2019.”

“We are optimistic about 2020 as we expect a supportive macroeconomic climate to lead to a more balanced marketplace, especially in the second half of the year as capacity levels rationalize,” said Schneider CEO Mark Rourke.

“Our results were meaningfully impacted by the difficult freight market during the fourth quarter of 2019. The soft spot market and widely reported supply-demand imbalance affected both our contract and spot market opportunities during the quarter. Market rates remained pressured during the quarter and shippers allocated large portions of their freight spend to the lowest cost alternatives.”

“Our fourth quarter results were impacted by the continued challenging market conditions experienced through much of 2019, posing a headwind to our financial results,” said Eric Fuller, U.S. Xpress president and CEO.

Werner (No. 11, CCJ Top 250) President and CEO Derek Leathers says the company was able to “weather the storm” in 2019 and produce stronger earnings per share. “With respect to the full year comparisons, 2019 was a more difficult year than 2018, due to slower growth in the domestic economy and increased truckload capacity, both of which led to lower freight volumes and less attractive pricing,” he said. 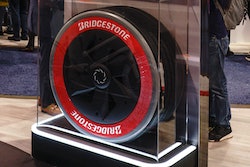 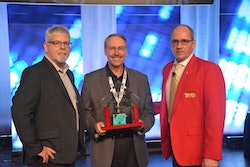 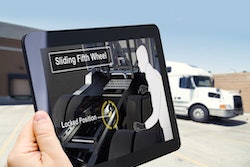