The learning format for business conferences that fleet executives and administrators attend, such as the Truckload Carriers Association (TCA) annual event, are not much different than driver orientation training meetings.

In both instances, adults typically are seated in rooms and listen to presenters disseminate information from PowerPoint slides.

“Minds are going to drift,” said Gina Anderson, Ed.D, an expert in adult learning and instructional systems, Mar. 1, at the TCA annual conference in Orlando.

The attention span of adults, she noted, is around 8.5 seconds—about the same as that of goldfish. Getting the attention and motivation of learners is therefore the most important first step in training.

She demonstrated how to get the attention of learners, without stating this as the motive, by asking the group at the start of the meeting to fill up squares on a Bingo sheet of paper with strategies they use in their fleets or ideas they think are effective for driver training.

“What are your strategies?” she asked, and told people to place a sticker on each square during the meeting when content matched answers on their own squares. Prizes would be awarded at the end, she announced.

This activity, she told CCJ after the meeting, got the attention of learners and created a challenge for people to come up with their own solutions, which is an efficient learning strategy. Drivers come with preconceptions for how certain things should be done, and accessing their prior knowledge for any training topic will make their learner more efficient, she explained, by using the existing synapses in their brains to correct misconceptions.

Learning happens when people have “ah ha” moments when they are shown and experience for themselves how something works, she said.

“That’s kind of how you change those misconceptions. They have to actually experience it,” she explained to CCJ, and offered this example: “If I keep telling you this is the right way to teach you, it’s not going to matter. Because you already think a certain way.”

Dr. Anderson also stressed that driver training content needs to be short and simple, according to research that shows the human brain can only hold 7 + 2 pieces of information in its working memory.

“It does not even matter if you are motivated to learn. Your brain is only made up to do a certain capacity,” she said.

Learners also have unique preferences for how they consume training content, such as by reading, watching short videos or using interactive media. Dr. Anderson said Luma has been studying driver learning preferences for seven years by analyzing data and feedback from drivers that complete its Luma eNugget modules.

One conclusion from the data and driver feedback is that listening to someone talk is their least preferred training method, she said.

“How many of you prefer to listen to me talk?” she asked. “Is this how we learn best? Research would say no, so why do we keep doing it?”

The answer, she said, is “you will train people the way you learn best or that you learned. You are going to do something you are comfortable with.”

During the meeting, members of the audience shared a variety of strategies for how they conduct driver orientation training. One fleet manager said he pairs drivers in two-person teams for senior drivers to help mentor junior drivers.

Dr. Anderson stressed the importance of authenticity in learning. She encouraged fleets to use their own people, such as a safety director, in training videos. Giving drivers on-demand access to all of the training content as a resource is valuable as well, since drivers will remember a small portion of new information they are presented in orientation.

The average person “has to see a new concept at least seven times before it goes into their long-term memory,” Dr. Anderson said.

Eliminating paperwork is another effective strategy. “You don’t need to sit with drivers and have them fill out paperwork,” she said, noting that fleets that use digital forms, such as those Luma provides, can free up orientation trainers to be more efficient.

“If you remember one thing,” Dr. Anderson concluded, “it is that learning is an iterative process. You can’t be in orientation disseminating information and expect them to remember.” 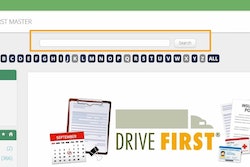 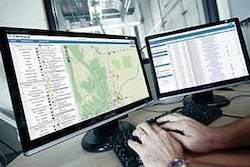