Don Lewis, a company driver for Wilson Logistics, and Kevin Kocmich, an owner-operator with Diamond Transport System, have been named 2019’s top drivers at the Truckload Carriers Association’s annual convention in Orlando, Florida. 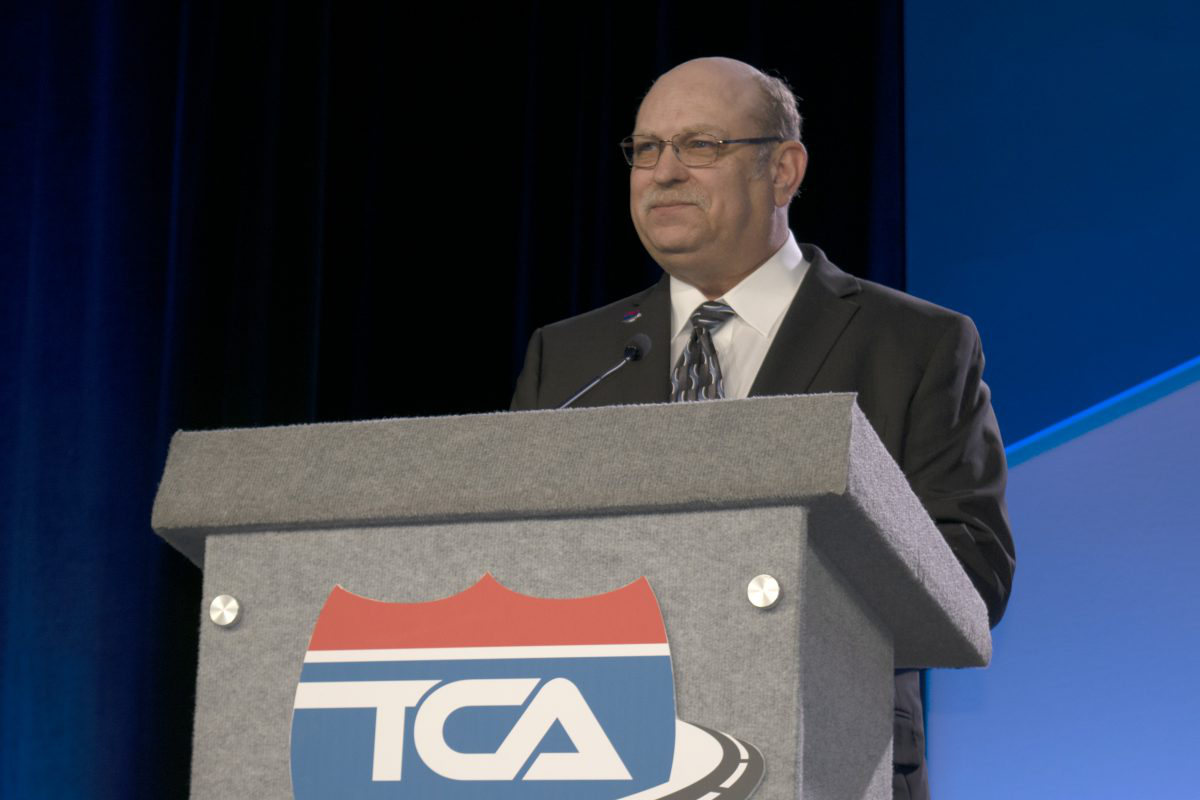 Kevin Kocmich, leased to Diamond Transportation System, was named the 2019 Owner-Operator of the Year by the Truckload Carriers Association and Overdrive.

The other Company Driver of the Year finalists were Robie Jensen with Fremont Contract Carriers and Randy Kuryk with Bison Transport. The other Owner-Operator of the Year finalists were Jesse Dennis, leased to Prime Inc., and team drivers Robert and Tracy Roth, leased to Erb International. All runners-up for both awards received $2,500 cash prizes. 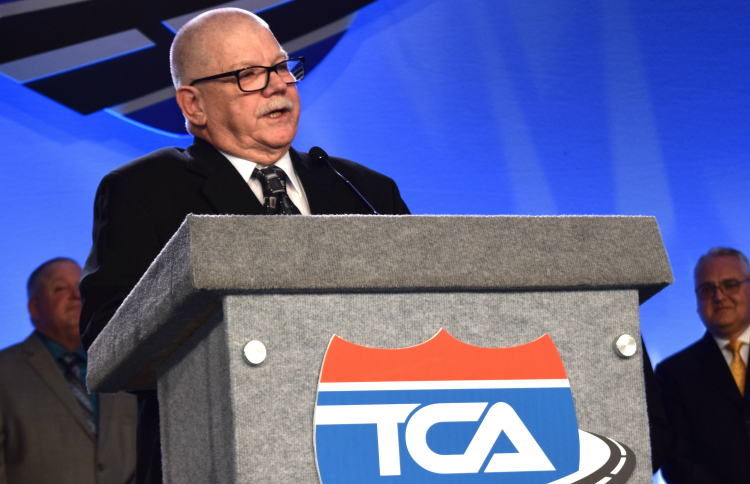 Don Lewis, with Wilson Logistics, was named the 2019 Company Driver of the Year by TCA and Truckers News.

Lewis, 70, from Republic, Missouri, is a former owner-operator who has accumulated 5.7 million safe miles in a career that began before he was old enough to legally qualify for what then was called a chauffeur’s license. A neighbor near the family farm drove a Peterbilt that Lewis as a boy would help polish and eventually got to drive. That was it; he was hooked and hasn’t stopped driving since.

Kocmich, 58, began his career on a South Dakota farm. After graduating high school in 1979, he had a harvest truck run between Oklahoma and the Canadian border before getting into regional trucking. For a short time, he hauled steel out of Chicago and Detroit to Nebraska, then began moving into long-haul. He has been leased to Racine, Wisconsin-based Diamond Transportation System since 2014. Last year he bought a new 2020 Peterbilt 567. It pulls an XL Specialized RGN. Averaging about 115,000 miles per year, Kocmich has amassed more than 3.7 million accident-free and violation-free miles.