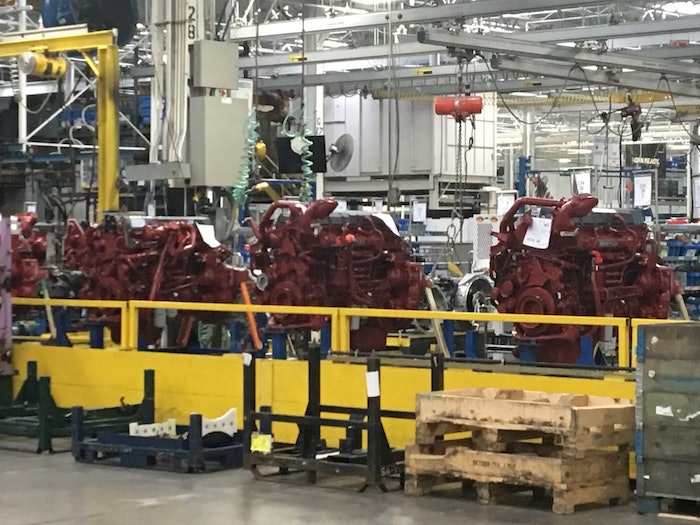 This year, by comparison, was not expected to see the kind of truck order activity on par with the two years prior, but last month’s 14,100 units – the lowest order activity for the month of February in a decade – was a surprise.

The preliminary North American Class 8 orders figure reported by FTR Tuesday represents a 20% drop from January and is down 18% year-over-year.

“This is not good news for the trucking industry or the economy,” said Don Ake, FTR vice president of commercial vehicles. “It appears fleets have decided to delay some orders until the health crisis [COVID-19 coronavirus] has passed.”

Since most carriers have enough capacity to handle current freight volumes, there’s no pressure for fleets to order more trucks. Orders had been at replacement levels for four months, but Ake said it now appears fleets will take a pause in replacing older trucks until current anxiety dissipates.

“The market was already in a wait-and-see mode before the virus spread,” he said. “Now, fleets are just waiting for things to calm down before returning to normal ordering patterns. The industry was already taking a pause after two years of great sales. The current uncertainty has just made more fleets leery of taking on additional risks.”

“That imbalance is reflected in today’s weak rate environment,” he said. “As the economy and freight slowed in 2019, the capacity excess put asset holders on the defensive and gave shippers a big edge in 2020’s rate negotiations.”

Class 8 orders have totaled 177,000 over the past 12 months. Mack Trucks is forecasting 240,000 Class 8 truck sales for North America this year – a level Senior Vice President of North American Sales and Marketing Jonathan Randall called “a reversion to the mean. We’re still bullish on what is happening to the market this year.”

“Customers are still actively buying trucks,” he said. “There are still deals happening.”

Medium duty sales to-date have been strong with February’s Classes 5-7 net orders climbing to an 11-month high – 22,200 units, according to ACT Research – up 12% from January.

Isuzu Commercial Truck of America President Shaun Skinner noted last year was the second sales year ever for the company, second only to the year before. He added the last six years have been the highest volume years ever for Isuzu in North America.

Randall noted this year has been a “very busy 45 days” as it pertains to the company’s new medium duty model – the MD Series – which was launched last month. Nearly 50% of Class 8 truck registrations last year were over-the-road trucks but Randall said he expects that to slide to just more than 40% this year with medium duty trucks gaining steam.

“The [medium duty market] is a good, strong market,” he said.