Rule proposal lays out FMCSA’s plan for how states will utilize CDL Clearinghouse
A proposed rule published in the Federal Register Tuesday by the Federal Motor Carrier Safety Administration lays the groundwork for how states access the DOT’s CDL Drug and Alcohol Clearinghouse. Chiefly, if made final, the rule gives states the ability to deny issuing or renewing CDLs and downgrade existing CDLs for drivers with a positive drug or alcohol test.

FMCSA delayed this portion of the CDL Drug and Alcohol Clearinghouse rule in December to provide more time to develop the process for how states will receive and use the information. The agency is asking for public comment on the proposed rulemaking through June 29. Specific questions the agency seeks information on can be found here. The notice is available for comment here.

Under FMCSA’s proposed rule, states would be required to query the database for any commercial driver’s license or commercial learner’s permit transaction, including renewals or adding an endorsement, as well as when issuing new CDLs. States then are prohibited from making the transaction if the driver has a violation reported to the Clearinghouse, meaning they could not renew or issue those CDLs.

Drivers whose licensing transaction is denied would be required to complete FMCSA’s return-to-duty requirements and re-apply for the license.

The proposal provides two alternative methods for how states could enforce the drug and alcohol driving prohibition for existing CDL holders who have a violation appear in the Clearinghouse.

The first suggestion, which FMCSA says it favors, is a “mandatory downgrade” that would require states to remove the CDL privilege of any driver after receiving a notification from the Clearinghouse that a driver is prohibited from driving.

The other alternative would allow, but not require, states to receive notifications from the Clearinghouse when CMV drivers are prohibited from driving due to drug or alcohol testing violations. States would then determine whether, and how, to use the information to enhance enforcement, such as making a driver’s “prohibited” status more accessible to roadside officers or use the information to take action on the license.

The rule proposal also includes a provision for drivers who receive a citation for DUI that does not result in a conviction. FMCSA proposes that drivers can only request that the agency add documentary evidence of non-conviction to their Clearinghouse record, which would be available to employers who query the database, rather than request to remove an employer’s actual knowledge report as the original Clearinghouse final rule states.

ATA and member company ABF Freight are hauling 55-gallon drums of sanitizer, purchased by Protective Insurance, for drivers to refill their personal supplies for free.

The first ten locations are:

Thank you @TRUCKINGdotORG and Protective Insurance for helping us place this barrel full of hand sanitizer for our truck drivers at the Sideling Hill Service Plaza on the @PA_Turnpike pic.twitter.com/CZbEb26DJ7

Pilot donating $225k to charities
Pilot Company is donating $225,000 to local charities in East Tennessee to help the community during the COVID-19 pandemic. The funds will be used to provide support for the local community, truck drivers and frontline workers in need of financial relief, food and childcare. 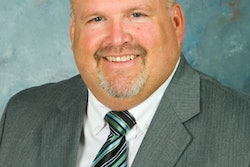 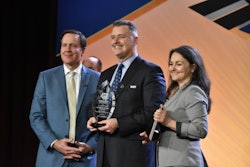 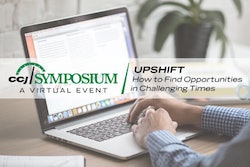