Update: Navistar has agreed to a $3.7 billion buyout from by Traton. Read that story here.

Traton on Wednesday informed Navistar’s Board of Directors via letter that its buyout at $43 per share was its “best and final offer.” Navistar on Friday morning elected to test that stance, notifying Volkswagen’s commercial truck business that it “would be prepared to move forward with a transaction in which Traton would acquire Navistar for $44.50 per share in cash.”

Traton, which already owns 16.8% of Navistar, offered $43 per share in September to acquire the rest of the International Trucks manufacturer, and notified Navistar Wednesday that it had until 11 a.m. CT today to accept or reject the deal, or it would be formally rescinded.

Navistar’s offer Friday – $1.50 per share higher than Traton’s largest offer and an increase of $9.50 over the $35 per share it offered in January – has the support of Navistar’s two largest shareholders, Carl Icahn and MHR Fund Management LLC, founded by Mark Rachesky, a former associate of Icahn.

Navistar and Traton in 2016 partnered in a procurement joint venture and strategic technology and supply collaboration, beefing up both companies’ ability to scale globally. Dialogue between Navistar and Volkswagen – which also operates the MAN and Scania business units in Europe and abroad – began in 2015 on opportunities to synergize and strengthen each company, culminating in Volkswagen’s investment. 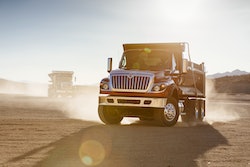 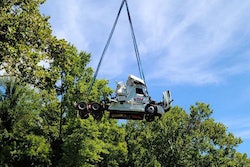 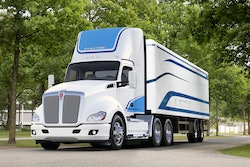