For the definition of “livestock,” the Federal Motor Carrier Safety Administration is keeping the current definition, but also expanding it to include insects and “all other living animals,” including aquatic animals. The definition of “agricultural commodity” is being clarified to include horticultural products at risk of dying or degrading during transport.

“Our nation’s farmers and agriculture haulers will benefit from this clarification of the rules and will be able to deliver their products in a safer and more efficient manner,” said Federal Motor Carrier Safety Administration Deputy Administrator Wiley Deck. “These improved rules will help farmers move commodities and get food to our grocery stores. We have heard the concerns from our famers and ag haulers and we’ve worked closely with USDA and the industry to provide regulatory clarity and craft this new rule.”

Under current FMCSA regulations, drivers transporting agricultural commodities from their source to a location within 150 air miles of the source, during harvest and planting seasons as defined by each state, are exempt for hours of service regs. Additionally, livestock haulers are exempt from the 30-minute break provision while livestock are being hauled.

Under the interim final rule to be published in the coming days, “any agricultural commodity” will be defined as “horticultural products at risk of perishing, or degrading in quality, during transport by commercial motor vehicle, including plants, sod, flowers, shrubs, ornamentals, seedlings, live trees and Christmas trees.”

The existing definition of “livestock,” from the Emergency Livestock Feed Assistance Act of 1988 as amended by the 2018 farm bill, included “cattle, elk, reindeer, bison, horses, deer, sheep, goats, swine, poultry (including egg-producing poultry), llamas, alpacas, live fish, crawfish, and other animals that are part of a foundation herd (including dairy producing cattle) or offspring.”

FMCSA will now interpret “livestock” to include those animals, as well as “insects, and all other living animals cultivated, grown or raised for commercial purposes, including aquatic animals.”

Finally, the agency also clarified the definition of “non-processed food” as follows:

“Non-processed food means food commodities in a raw or natural state and not subjected to significant post-harvest changes to enhance shelf life, such as canning, jarring, freezing or drying. The term ‘non-processed food’ includes fresh fruits and vegetables, and cereal and oilseed crops which have been minimally processed by cleaning, cooling, trimming, cutting, chopping, shucking, bagging or packaging to facilitate transport by commercial motor vehicle.”

The interim final rule will be published in the Federal Register in the coming days and will take effect 15 days after it is published. FMCSA is asking for public comment on the revised definitions above, including answers to the following questions:

CCJ will publish a link for comments on the changes when the rule is published in the Federal Register. 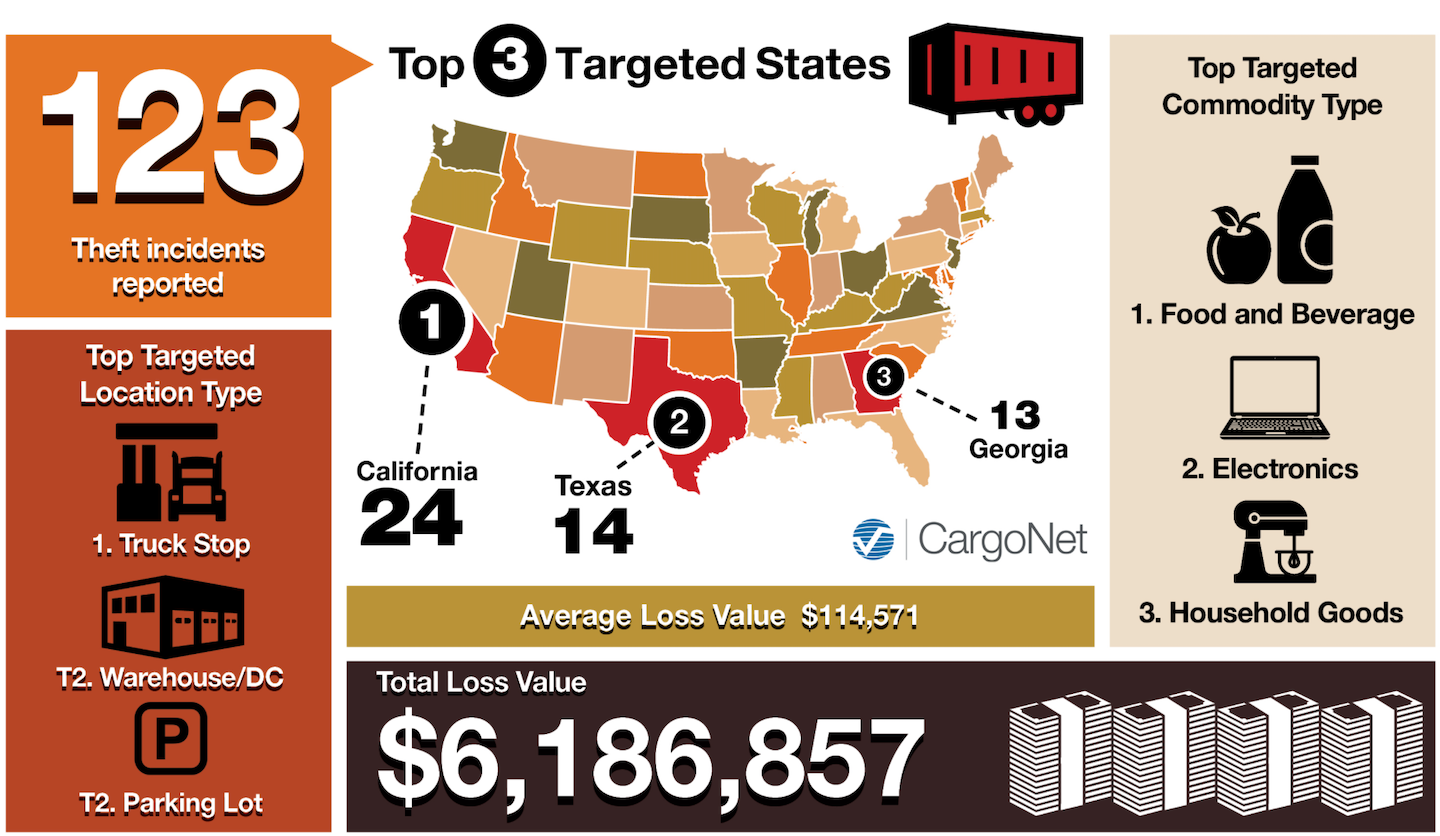 The firm reviewed trucking theft data from the Tuesday before Thanksgiving through the Monday after Thanksgiving for 2015 to 2019 and found 123 recorded thefts in these days with 144 trucks, trailers, chassis and containers being stolen.

Theft events were highest in California, Texas and Georgia, but thefts were recorded in 24 total states. Theft activity peaked on the day before Thanksgiving with 23 events, but activity was also high on the Friday and Saturday after the holiday with 21 events each, CargoNet reports.

Some of the most commonly targeted items during this period were televisions, alcoholic beverages and major appliances.

“We caution that thefts of electronics have been down in 2020, while thefts of household paper products like toilet paper, cleaning products like disinfectant spray, and PPE have increased,” the firm noted in its warning.

Some noteworthy thefts from recent Thanksgiving weeks include:

Starship 2.0: Testing of the Shell Starship 2.0 truck has begun in preparation for another coast-to-coast run in the coming year. The official 2021 efficiency run will build on key takeaways from the initial program in 2018 and introduce new, innovative technologies. In that first run, the truck completed a six-day, 2,410-mile trip along Interstate 10 from San Diego to Jacksonville, Florida.
Get the business tips, industry insights and trending news every trucking professional needs to know in the CCJ newsletter.
Sign Up
Read Next