The Federal Trade Commission has filed an administrative complaint against FleetCor and its CEO, Ronald Clarke, for charging customers “hundreds of millions of dollars in mystery fees associated with fuel cards.” FleetCor is the parent company for several fuel card service and payment solution providers.

According to FTC, FleetCor, marketing under the “Fuelman” brand name and through co-branded cards with businesses around the country, falsely told its business customers that they would save money, be protected from unauthorized charges, and have no set-up, transaction, or membership fees. FTC alleges that, in reality, and according to FleetCor’s own records, customers generally have not achieved the advertised per-gallon savings by using FleetCor’s cards.

The FTC filed suit in federal court against FleetCor and Clarke in December 2019, alleging that they charged hundreds of millions of dollars in hidden and undisclosed fees to their customers after making false promises they could save customers on their fuel costs. However, in a ruling earlier this year, the Supreme Court determined that the FTC was not able to seek redress for consumers under section 13(b) of the FTC Act. In an effort to ensure that the agency’s case against the fuel card marketer is still able to recover money lost by consumers, the FTC has filed a new administrative complaint which alleges that FleetCor and Clarke violated section 5 of the FTC Act.

“FleetCor fleeced its customers out of hundreds of millions of dollars through its dishonest practices,” said Samuel Levine, Acting Director of the FTC’s Bureau of Consumer Protection. “The FTC will do everything it can to get money back to FleetCor’s business customers and unsuspecting fuel card users by refiling this complaint administratively. We will also continue to work with Congress on a broader legislative solution following the Supreme Court’s decision in AMG, which has hindered our ability to recover redress for families and honest businesses.”

Davis’ Supporting Trucking Efficiency and Emission Reductions (STEER) Act, if passed and signed into law, would cover the lesser of the following:

The vouchers would cover “any physical alterations of a Class 8 truck that can be installed as a retrofit and that adapt automatically to control vehicle performance factors and improve fuel efficiency, including active aerodynamic, active rolling resistance, dynamic axle lift control, non-APU active idle reduction, and other such emerging improvements.”

According to a press release from Davis, adopting these technologies can improve Class 8 fuel efficiency by as much as 15% and cut national fuel consumption by 4.5 billion gallons a year.

The collaboration will allow Einride to collect new layers of safety and efficiency-related data from Bridgestone’s smart-sensing tires, while enabling Bridgestone to integrate its advanced mobility technologies into Einride’s onboard vehicle platforms.

As part of the agreement, Bridgestone will become the official U.S. launch partner of Einride and the exclusive tire supplier for the company in the U.S. market. In turn, Einride will supply connected electric trucks and digital services under a subscription agreement to join Bridgestone’s U.S. logistics network.

This news arrives on the heels of the company completing the execution of its digital dispatch strategy within DriverOS, JLE's proprietary, enterprise-grade dispatch collaboration and workflow management platform, which now includes the first internally managed, customer-direct freight marketplace within the North American flatbed industry. 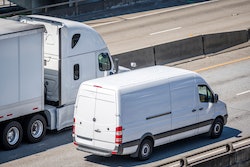 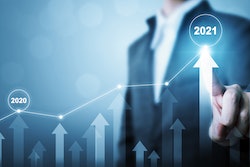