How a sleeper upgrade boosts one owner-op's quality of life, business

Matt Cole
Sep 30, 2021
Independent owner-operator Debbie Desiderato was the recipient of a Truck Driver Appreciation Week award that will not only improve her life on the road, but also the bottom line for her business.

Desiderato was picked as the winner of digital broker Transfix’s TransFIX My Rig sweepstakes, the prize for which was a cab makeover for her 2017 Western Star 4900EX that she drives in her Walkabout Transport operation. She typically hauls dry van freight coast-to-coast from her Virginia home base to California. When she’s home, she runs logs out of the woods to timber mills.

Transfix Chief Commercial Officer Sophie Dabbs said the company set out early this year to come up with something big to celebrate truck drivers as part of NTDAW due to the work truckers put in over the past 18 months during the pandemic.

“We brainstormed for a really long time on what we wanted to do to celebrate our drivers,” Dabbs said. “They are so important to the running of our whole world, in particular our country, because we all live here and we’ve had so much trouble over the past 18 months or so with COVID. One of the things we were really critically thinking about was how do we infuse some fun into this?”

The end result was a partnership with Jason Cameron, the host of CBS’s Secret Celebrity Renovation to offer a cab makeover sweepstakes for owner-operators.

Desiderato said she entered the contest on a whim, not really expecting to win. However, when she received the call from Transfix that she had won, she immediately started making plans to have her truck home and ready to be handed over to Cameron for the makeover.

“I dropped everything [when I heard I won],” she said. “I was up in Long Island because I also live in Long Island, as well. I live in two places, plus on the road… I was headed to Long Island with a load of wine barrels, and I dropped those off, and I knew I had to get back down to Virginia. I raced back down here empty, dropped my dry van trailer off, took care of some things, and bobtailed up to New Jersey… I was willing to drop everything for this.”

Hear more Debbie Desiderato's sleeper renovation on this week's 10-44 webisode in the video above.

Desiderato purchased the truck used in March and said she hasn’t had time to do much in the sleeper since then to make it her own. When she handed the truck off to Cameron, her main requests were a place to put her guitar – which usually just sat on the bed while she drove and fell into the floor quite often – and a larger freezer to have more space to keep food so she wouldn’t have to eat fast food from truck stops as much.

After a quick turnaround for Cameron – he only had the truck for about five days – the sleeper transformation was more than Desiderato ever imagined.

The first thing she noticed was a feature wall that spanned the back wall of the sleeper with the Australian flag as the backdrop, a nod to her heritage. On that feature wall was also her guitar, secured tightly on the wall so it doesn’t fall in transit.

Desiderato’s refrigerator/freezer combo also got an upgrade from a dorm-sized unit that is normally found in trucks to a full-size unit. Cameron also upgraded the cabinets in the truck.

Desiderato said that while she loves the new look of her sleeper, the upgrade goes beyond just aesthetics.

Want to see more of the upgrades to Desiderato's sleeper? Check out the video above. 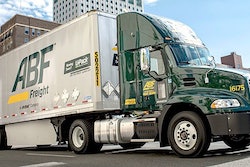 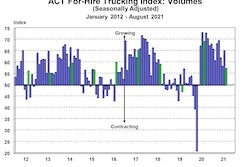 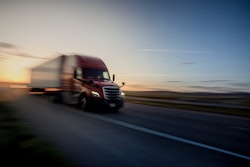 How to avoid driver turnover in M&A proceedings