The nation’s most expensive diesel can be found in California at $4.425 per gallon, followed by the West Coast less California region at $3.784 per gallon.

The cheapest fuel can be found in the Gulf Coast region at $3.335 per gallon, followed by New England at $3.459 per gallon.

ProMiles’ numbers during the same week saw fuel prices increase by 8.9 cents, bringing its national average to $3.438 per gallon.

C.H. Robinson has announced the names of 17 carriers honored with the 2021 C.H. Robinson Carrier of the Year Award. The carriers presented with this surface transportation-focused award are chosen from the company’s network of 73,000 contract carriers.

Winners are honored with a C.H. Robinson-hosted celebration and exclusive prizes. The carriers were selected based on their ability to consistently deliver on time and in full for customers, their adoption of carrier technology to drive efficiencies for themselves and shippers, and their effort to go above and beyond to successfully support shippers’ needs.

During this fourth annual award event, the winners will also be recognized through C.H. Robinson’s ongoing carrier appreciation initiative, which has given away $100,000 to drivers while encouraging people across the nation to write digital thank you notes to truck drivers who help keep the world moving, even during a pandemic.

In honor of the 17 Carrier of the Year Award recipients, the C.H. Robinson Foundation is increasing its previous donation amount of $1 per thank-you message to $17 per thank-you message sent via ThankTruckDrivers.com through the end of October. The donation of up to $25,000 will go to St. Christopher Truckers Relief Fund, which helps truck drivers in need.

The full list of the C.H. Robinson 2021 Carrier of the Year Winners includes:

“Every carrier on this list is deserving of praise for going above and beyond normal expectations to successfully deliver on behalf of shippers during a historically challenging market,” said Pat Nolan, vice president of operations for North American Service Transportation at C.H. Robinson. “Not only did they rise to extraordinary challenges during extraordinary times, but they also successfully used carrier technology to increase automation and efficiencies that help ease the pressures of a constrained capacity market so many shippers are currently navigating.”

The LR Electric and its batteries will be supported by Mack GuardDog Connect, Mack’s integrated telematics solution that helps customers achieve peak operating conditions and maximize uptime. The connected service monitors battery health and performance and checks for fault codes and defects reported by the battery and electric components of the energy storage system. 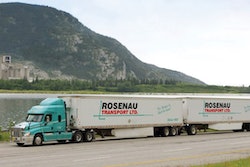 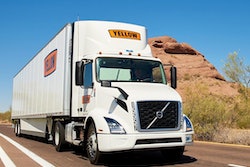